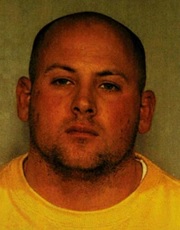 Gambino crime family associate Gennaro “Jerry” Bruno (above) was hit with racketeering charges yesterday. Authorities say Bruno was involved in the 2002 murder of a rival, narcotics trafficking, extortion, and obstruction of justice. The mobster was arrested in Las Vegas, Nevada, by FBI agents, and faces a long hard time behind bars if he is convicted.

The recent charges are the latest in the illustrious criminal career of 41-year-old Bruno. A career that began as a young punk on the streets of Queens, New York, when he joined a local gang called the Ozone Park Boys, which was also known as the “Liberty Posse” and “Young Guns.” They allegedly were responsible for a wide range of crimes, including car theft and chop-shop operations, drug trafficking, extortion, robbery and gambling.

Just like it was for infamous Mafiosi like former Gambino family underboss Salvatore “Sammy the Bull” Gravano and Genovese crime family boss Daniel Leo, Bruno’s start as a member of a street gang was simply a case of proving he was worthy before he was allowed to hang with the big boys of La Cosa Nostra.

“As alleged, Gennaro Bruno started his criminal career at a young age as a member of a street gang where he earned his criminal credentials. He then graduated to become an associate in the Gambino crime family, where he proved himself to be both an earner for the family and capable of murder,” stated United States Attorney Loretta E. Lynch.

When Bruno was released following a prison term from 1997 to 2000, he emerged as an associate of the Gambino crime family. Over the next 14 years, before his arrest yesterday, Bruno allegedly became a member of the crew led by Joseph “JoJo” Corozzo, a powerful Gambino mobster who had risen to become the consigliere of the family.

Together with several other Gambino wiseguys, Bruno moved large quantities of high-potency marijuana from Canada into the New York City area. In 2001, Bruno’s criminal associate Martin Bosshart began efforts to exclude one of Bruno’s coconspirators from the marijuana importation operation.

Such disloyalty had to be punished. On the night of January 2, 2002, Bruno lured Bosshart to an isolated location in Queens. When Bosshart turned his back Bruno allegedly pulled out a gun and shot him in the back of the head at point-blank range, killing him immediately. The body of Martin Bosshart, who was 30 years old at the time, was recovered at the scene.

Thereafter, Bruno evaded justice for years and, according to prosecutors, conspired with other Gambino associates to obstruct an official grand jury proceeding into the Bosshart murder, while continuing to participate in the core money-making activities of the Gambino crime family, including drug trafficking and extortion. Bruno allegedly used his position in the Gambino crime family to extort payments from the owner of a waste carting company in Queens, New York.

If it weren’t for these charges, it sounds like Bruno had a bright future in the Mafia ahead of him. Now, though, things are looking pretty dark for the wannabe made guy.