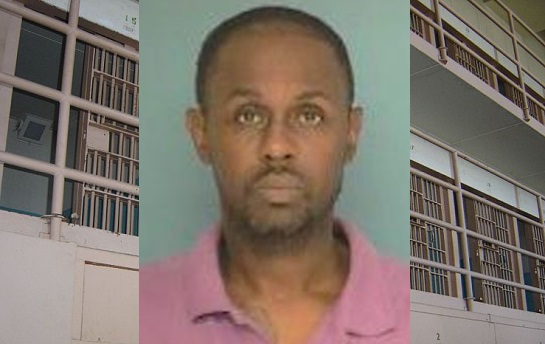 The rich get richer and the poor get poorer. Perhaps that is why the public has a love for outlaws and gangsters who stick it to the man. Are you being sucked dry by banks and credit card companies? Are repo men hounding you? Gangster Disciples member Marvin Meux knows the feeling, and he was having none of it.

When repo men, also known as repossession employees, were attempting to hook up Meux’s car on October 21, 2015 in West Memphis, Meux, himself a known gang member with several convictions for drugs and violence, did something plenty of honest, hardworking, law abiding citizens thought about doing: He said “Fuck this.”

He jumped into the driver’s seat and drove off in the vehicle with one of the employees still in the passenger seat. After fleeing a short distance, Meux drove back to his residence. One of the repo men exited the vehicle, as he did so he saw Meux running towards him with a small black gun.

Shocked and in utter terror, the two repo men forgot about repossessing the car and quickly got into their truck. They drove off while Meux pointed his gun at them, making certain they left. Of course, one might hate their deeds, these repo men were just doing their job. Can't fault them for that.

West Memphis police officers were dispatched to the area shortly thereafter, arresting Meux and searching his residence. There, they found an SKS assault rifle and a .38 caliber revolver. Meux was immediately identified as a member of the Gangster Disciples in West Memphis.

Faced with two witnesses and overwhelming evidence, the hot-headed Meux pleaded guilty to being a felon in possession of a firearm. Because of his previous convictions, the Judge threw the book at the 45-year-old Gangster Disciple on Thursday, sentencing him to 17 and a half years in federal prison.