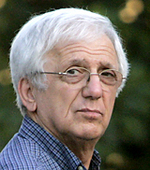 By David Amoruso
Posted on September 9, 2007

Peter "Petey Cap" Caporino was, until his defection, an associate of the Genovese Crime Family. His career in crime started forty years ago when he worked at a freight company after serving three years in the Army. A co-worker asked if he wanted to help collect bets from workers. "He said, 'I'll work the platform, you work the drivers,'" Caporino remembered. "I was a numbers runner." Caporino kept 25% of his gross collections, and passed the rest up the ladder. Eventually his operation got so big he started coming under the mob's attention. Caporino started paying Genovese captain James Napoli 25% of his proceeds. By making these payments he became an associate, and received protection from the Mafia. He kept on paying the Genovese bosses. When Napoli went to prison Caporino started paying $2,500 a week to Louis Anthony "Bobby" Manna, the Genovese Family's consigliere. When Manna went to prison he paid Manna's wife. And finally he started paying Genovese associate Joseph "Big Joe" Scarbrough.

In his long career in the Mafia Caporino never moved up an inch. He kept making payments, but for what? By the time he was paying Joseph Scarbrough, he started working as an informant. Providing bits of information. But he didn't go all the way, until he and his wife were arrested on state gambling charges in 2002. "My wife had been to prison before, and I knew she couldn't do it again," Caporino testified. "I knew she wouldn't be able to do the time." There was also the added problem of their disabled adult daughter, who would take care of her while they were in prison? So Caporino agreed to record the conversations he had with his mob superiors. A hidden recorder was installed in his pager. Caporino was known to use a pager to run his numbers ring, so it didn't arouse suspicion.

Caporino recorded hundreds of conversations. And when all was said and done some very big fish were caught. Sixteen mobsters were arrested among them Joseph Scarbrough and Genovese captain Lawrence "Little Larry" Dentico. The simple threat of those recordings and his testimony saw to it that fifteen, including Dentico and Scarbrough, pleaded guilty instead of going to trial. One man decided to take on Petey Cap, and lost. Michael Crincoli ran a Genovese Family's loansharking operation. He loaned tens of thousands of dollars to mostly Greek deli owners. Crincoli was convicted of racketeering and loansharking, and sentenced to 51 months in prison.

Because of the success of his cooperation a judge sentenced Caporino to five years in prison, but suspended that sentence. Caporino was a free man. So what does this free man who testified against the most powerful mob family in the US do? He goes back to his old gambling operation. To the same streets and people. Like nothing ever happened, or could happen. Apparantly Caporino knew the mob's power had dwindled. Perhaps dwindled is not the word, evaporated sounds more like it. Funny enough some people started "complaining" to the police about Caporino's gambling operation. I wonder if the Genovese Family had anything to do with those calls? Either way on August 16, 2006 Caporino and his wife were again arrested and charged with running a gambling racket. On September 7, 2007 Peter Caporino was sentenced to 7 years in prison. If his case shows anything it is that ratting isn't a problem for the mob when it already has taken place. It's in the past, forgotten. There is no code among the American mobsters that says avenge your imprisoned family members. Or wipe clean the shame that the informant brought onto our family. That stuff only happens in The Godfather. Nowadays the mob doesn't kill rats, instead, it probably just rats them out.