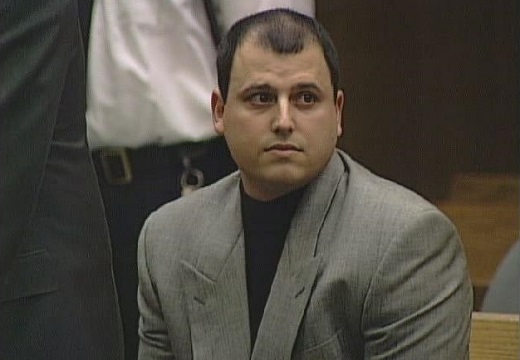 The balls on this guy. Former Genovese family mobster Anthony Arillotta (above) is causing quite a stir in his old stomping grounds of Springfield, Massachusetts. After climbing to the top of the city’s mob crew by arranging the 2003 murder of his predecessor, capo Adolfo Bruno, he left town with his tail between his legs after he became a witness for the government and testified against the Springfield and New York mobsters below and above him. But now, he has returned.

According to newspaper The Republican, sources in Springfield claim 48-year-old Arillotta is back in town, arriving sometime before May 1. Apparently, he decided not to join the government’s Witness Protection Program after he was released from prison, choosing instead to return to the city he once ruled as a mob kingpin.

He served eight years for two murders, one attempted murder, drug dealing, extortion, and various other racketeering charges related to the Genovese family’s Springfield crew. His cooperation with authorities assured his current early homecoming as without it he would be serving life behind bars.

Now, he’s back in town. But things have changed drastically for him. He is divorced and has no place of his own, according to The Republican, he is “staying with family members in Springfield.”

When one hears about a mob turncoat, one immediately has flashbacks to The Godfather and how they dealt with such individuals. For those who’ve followed the real-life version of the movie, they might remember the fate of Abe “Kid Twist” Reles, who ‘mysteriously’ fell from a building while in protective custody after deciding to testify against his former colleagues in Murder Inc.

Turncoat. Snitch. Rat. So many names for the people who decide to cooperate.

Yet, despite the animosity, despite the history, the days when the Mafia went out murdering those that had betrayed its secretive organization are long gone. Nowadays, those that are left on the street, unscathed by the turncoat’s testimony, just resume their illicit business like nothing happened.

What else can they do? Drop their lucrative dealings and spend money on a wild goose chase for the honor of Cosa Nostra? Those days are long gone. Too much heat. Too much problems. Even if they do manage to get to the rat and kill him, there will be another rat lined up to testify about the killing.

Don’t believe it? Well, ask former mobsters who snitched how they live their lives. Ask guys like Ron Previte and John Alite, who both opted out of the Witness Protection Program and are living – relatively – out in the open, near their old haunts.

Or, to stay close to home with this piece, ask former Genovese family associate Peter “Petey Cap” Caporino, who began recording conversations with his mob colleagues in 2002, resulting in the arrest of sixteen Genovese wiseguys, including captain Lawrence “Little Larry” Dentico, who, together with fourteen others, pleaded guilty. As gratitude for his testimony, Caporino walked out of court a free man.

And what does this man do with all that freedom? He goes right back to his old neighborhood to run the same gambling operation he was running before. Totally clueless or simply realizing that the mob just isn’t that interested in whacking snitches anymore, Caporino went about his bets and bookmaking. Until some people started complaining about his operation to police.

Who were these people? Who knows. But on September 7, 2007, Peter Caporino was sentenced to seven years in prison.

It might not have been Mafia justice, but it was good enough for most. Perhaps even for some fellas who once pricked their trigger finger and swore loyalty to an ancient criminal brotherhood.