Gotti & Me: A Journalist’s Close Encounters With the Mob 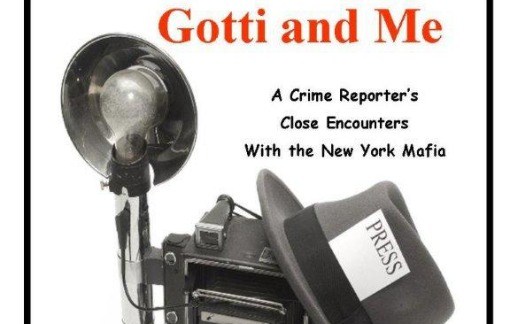 This story is excerpted from Krajicek’s new e-book, “Gotti and Me: A Crime Reporter’s Close Encounters With the New York Mafia,” available at Amazon.com and other book websites.

The mugs of the American Mafia once had the quaint custom of keeping their mouths shut. Mobsters took pride in being tight-lipped, even when subjected to persuasive interrogations involving brass knuckles and billy clubs.

"If you hung him up by the thumbs for eight weeks," a Bronx prosecutor once said of a famously taciturn mob hit man, "he might tell you his first name."

They talk to the FBI, agents, editors, and ghost-writers. They talk to Oprah, Dr. Phil, and the Pope. They talk to screenwriters, TV producers, and script-doctors who can tweak their movie treatments.

But not so long ago, it was a big deal when a Mafioso yapped. And one of the marquee names in the racket once happened to yap at me.

The conversation took place on March 4, 1989. The mobster was Greg Scarpa Sr., a Colombo crime family capo whose mob nickname was a descriptive beauty: “The Grim Reaper.”

On that Saturday long ago, I got a phone call at the New York Daily News from a lawyer who told me that Scarpa wanted to talk with me. So I called him.

There’s a backstory here, and his name was Costibile (Gus) Farace, a mob mistake from Staten Island, New York.

Farace was a young ex-con with gleaming ivory teeth, bulging biceps and a brain you could fit in a thimble.

On Feb. 28, 1989, Farace made the fatal mistake of killing a man named Everett Hatcher, believing that he was a police informant. In fact, Hatcher was a federal drug agent, and his murder touched off an unbridled manhunt that disrupted the Mafia’s business in New York.

This galled mob bosses, placing Farace at peril from both the good guys and the bad guys. He went into hiding. It became a matter of who would find him first—the cops or the mob.

Farace grew up in the cradle of organized crime in Prince’s Bay, Staten Island. His father had a grocery store, but crime was the family business. The Faraces were related to the Scarpa clan, Colombo family bulwarks.

Gus Farace was a first cousin of Greg Scarpa Jr., a Colombo capo, like his dad. The Scarpa-Farace connection had been mentioned repeatedly in news stories about Hatcher’s murder. This made the Scarpa family angry, and that is why Greg Scarpa Sr. made the unusual decision to speak with me, a reporter.

He had his motivations, of course.

Scarpa Sr. was soft-spoken and polite during our phone conversation. He seemed like a nice enough guy--for a professional killer. Ironically, he came off during our chat as a law-and-order guy who was disgusted by the wrench that his nephew had tossed into the machinery of civic order in New York.

“Once you start killing law enforcement people, it’ll be like a jungle out there,” he told me. “These people are there to keep law and order. Once you take law and order away, we become uncivilized people, behaving like animals. We need law and order, bottom line.”

Scarpa Sr. insisted that, contrary to what lawmen had been telling the press, he and Farace were not at all close.

Greg Scarpa Jr., then 38, had just been sentenced to 20 years in federal prison for racketeering and was scheduled to be assigned to a prison any day. His family hoped he would end up at a facility in the northeast to make visits more convenient. They feared the feds would use his family’s connection with Farace to punish Scarpa Jr. by sending him to a far-away slammer.

“They could put him in Alaska, for Christ’s sake,” Scarpa Sr. said.

In retrospect, I am surprised he had time for the phone call. The Scarpas had a lot on their plate. The Colombo family was falling apart from the inside out. Scarpa Sr.’s brother, Sal, had been slain in January 1987, the first victim of what became a bloody, long-running mob war.

Scarpa Sr. had his own problems. He contracted AIDS a couple of years before we talked after receiving tainted blood during ulcer surgery in Brooklyn.

But he apparently cared enough about his good name, such as it was, to reach out to a reporter for damage control.

Reputation meant something to Scarpa Sr., whom some mob-watchers point to as a role model for the modern mobster. He eschewed the old fedora-and-cigar image of the previous generations. He was a prototype for sharp-dressed gangsters like John Gotti, who was always carefully coiffed and outfitted in nice tailored suits. Like Gotti, Scarpa Sr. was a fastidious groomer. He gave careful attention to his hair and mustache, which he dyed a virile black.

Scarpa Sr., 60 years old when I talked to him, had married into the Farace family. His ex-wife, Connie, was a sister to Gus Farace’s father. But Scarpa Sr. insisted to me that he’d had no contact with the Farace family for 20 years.

“To me, Gus Jr. is considered a nothing, a nobody,” Scarpa Sr. told me. “And my son wants nothing to do with him. You put the two of them in a room together, only one’s going to walk out.”

Law enforcers and newspaper reporters were hearing that Scarpa Sr. had ordered a hit on his nephew. I asked him whether that was true. He was quiet for a long moment before finally saying, “Next question.”

Gus Farace managed to avoid both the good guys and the bad guys for longer than anyone thought he could. But he made a fatal blunder on November 17, 1989, nearly nine full months after the murder of Hatcher.

After dark that day, Farace—with dyed red hair and a full beard—left his hideout on the Upper East Side of Manhattan. Riding in a Pontiac driven by his pal Joey Sclafani, the men took a 15-mile trip to Bensonhurst, Brooklyn, one of the city’s Italian-American strongholds. Farace had been told that a friend would meet them at the corner of 18th Avenue and 81st Street, to pass along letters from the fugitive’s family.

But it was a trap. A blue van pulled alongside the double-parked Pontiac as an armed man rose from a nearby park bench. Gunshots ventilated the Pontiac from both directions. Twenty shots hit the car, and nearly half of them found Farace. The fugitive was killed. Sclafani survived, minus a kidney.

It turned out that the mob got to Farace first.

Greg Scarpa Sr. stayed busy in the years after our chat. He was a key figure in the Colombo civil war that raged into the early 1990s. He was said to be responsible for three mob murders in 1991 alone and perhaps 30 over the course of his lifetime.

The Scarpa name continues to appear in headlines even now. If half of the stories are true, Scarpa Sr. led one of the more interesting mob lives ever, working both sides of the law as an FBI informant. He died in prison of complications from AIDS in 1994.

This story is excerpted from Krajicek’s new e-book, Gotti and Me: A Crime Reporter's Close Encounters With the New York...

available at Amazon.com and other book websites. 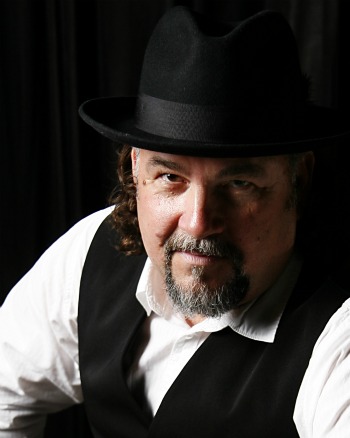 David Krajicek (right) can be reached at his website dkrajicek.com or via his Facebook. He is a longtime newspaper journalist who currently writes The Justice Story for the Sunday New York Daily News. It's the longest-running true crime feature in American journalism, published in the News since 1923. Each column looks back at an interesting old crime case. He has written for any number of media organizations, from Court TV to The New York Times, The Village Voice, The Manchester (U.K.) Guardian and Mother Jones.

Besides his latest book, Gotti and Me: A Crime Reporter's Close Encounters With the New York...

Krajicek has also written fictional stories. His first published fiction, a short story called "Sutphin Blvd.," was included in a 2004 anthology of 13 stories by Midnight Mind Press in New York. In 2005, another of his short stories, "Bluefish," was performed at Literally Speaking, an Albany, N.Y., program similar to NPR's "Selected Shorts." 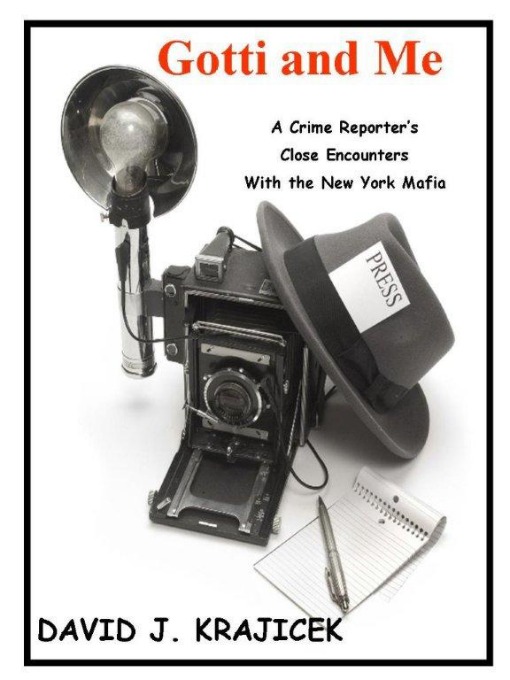 Not really, its just a different breed. Law enforcement has gotten so advanced and their tactics paying informants has put a huge in-pack on the trade.

Interesting story.I remember there was a TV movie about Gus Farace I really enjoyed years ago with Tony Danza playing him.It's kinda funny,here you got stone gangsters who turn out to be CIs,rats no matter how you look at it and it's almost disgusting,but in the Farace case it's understandable.One of my personal favorite gangsters was a CI for years,Danny Greene.

Mafia once had the custom of keeping their mouths shut or they would be deleted from the family. Every body whated to be the Bose thats when the Rats came out and pulled everthing down on each family. The mob took pride in being tight-lipped, even when subjected to interrogations. The seventies thru the nineties everyone was ratting everyone out. This brought an end to the mobs code of silence and the end of the mob as we knew it.