Hardened gangster told child actor: “You are the only person who has said that to me and lived to tell the tale” 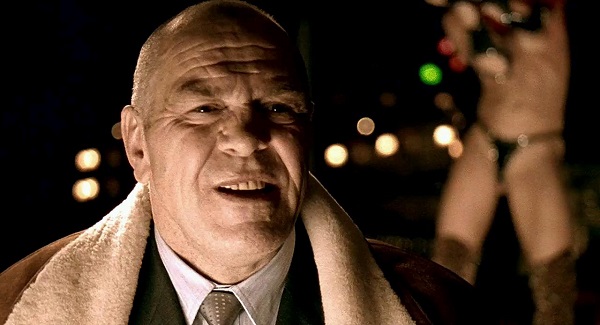 Acting is a funny business. You have weak-hearted actors portraying stone-cold killers and making the violence believable. And then you have guys who are the real deal, who play themselves. Like “The Hardest Man in Britain” did in the classic gangster flick Lock, Stock and Two Smoking Barrels.

Lenny “The Guv’nor” McLean held the title “hardest man in Britain” and earned every letter. As a bare-knuckle boxer in the swinging sixties in London, England, he was a well-known figure in the city’s underworld. He hung out with notorious gangsters such as the Kray twins, Ronnie Biggs and Charles Bronson.

His fighting prowess and killer instinct were soon put to good use when he went to work as a bouncer at London’s nightclubs. His job put him in some hazardous situations. He was stabbed, shot, and had plenty of fights.

One night, he said, he gave a man “a backhander.” The man was found dead later that evening with a broken jawbone and severe neck injuries. Police arrested McLean, who denied any wrongdoing, and he ended up doing 18 months in prison for grievous bodily harm.

With his reputation for violence firmly established, McLean was perfectly casted for a role in up and coming British film director Guy Ritchie’s Lock, Stock and Two Smoking Barrels, a movie about London’s seedy underworld.

McLean starred as an enforcer named Barry The Baptist. While hanging around on the set, he took child actor Peter McNicholl under his muscled wing. McNicholl was 11 years old at the time and starred as the son of Big Chris, a loanshark played by former football star Vinnie Jones.

“At first I was thinking, ‘That geezer is enormous and very scary looking’,” McNicholl told British tabloid The Mirror about the time when he first met McLean. “In our scene I said, ‘Piss off you nonce.’ Afterwards he pulled me aside and said in that low powerful voice: ‘You are the only person who has said that to me and lived to tell the tale.’”

McNicholl was too young to understand the meaning at that time and it was difficult for him to think of McLean as anything but a sweet old fella. “I had no idea of his history or reputation. He was the only actor allowed a TV in his Winnebago on set and he allowed only [me and my mother] to watch it on breaks. […] He would make us a cup of tea and hand out sweets and biscuits. He must have felt really at home with us.”

When Lock, Stock and Two Smoking Barrels was released it was a huge hit and a gangster classic. Film critics praised McLean’s performance, but he never got to enjoy the kind words and reviews. He passed away weeks before the movie premiere, succumbing to lung and brain cancer at age 49.