Henry Hill to be on Crime Beat Radio October 13th 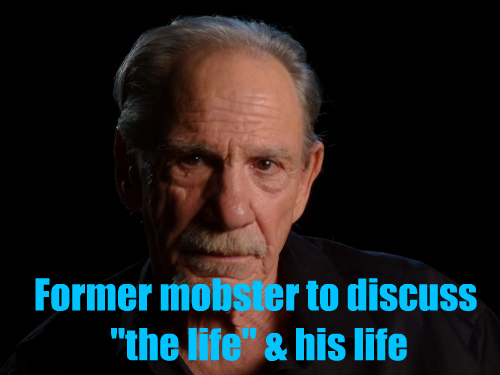 October, 2011--This year marks the 25th anniversary of Wise Guy, Nicholas Pileggi’s true crime masterpiece and a book that has been described as “the best book on organized crime ever written.” Wise Guy chronicles the life of legendary former gangster Henry Hill, the working-class Brooklyn kid who grew up to live the highs and lows of the gangster’s life. Hill’s story became the basis for GoodFellas, Martin Scorsese’s film masterpiece. In Goodfellas, Henry Hill, the narrator, famously says, “As far back as I can remember, I always wanted to be a gangster.”


CRIME BEAT: ISSUES, CONTROVERSIES AND PERSONALITIES FROM THE DARKSIDE on the Artist First World Radio Network is pleased to announce that on October 13 at 8 pm. EST, Henry Hill will be a special featured guest. Mr. Hill will discuss his former life inside the Mob, the book and the film, as well his current life and activities.

Comment by Gangsters Inc. on October 9, 2011 at 4:44am
I think it is worth listening to the interview for a number of reasons. First:no matter what you think of the guy, he was involved with some heavy people who were the subject of a great book and awesome movie classic and has the inside story on that. Second: he is a great example of a low life criminal who could never shed his true feathers/colors. He always remained a low life only this time without mob backing and without that backing a low life is a low life that has to stand on his own merit and make something of himself. Henry could not do that. I'm interested in hearing him tell us about that. Even if he thinks he is being honored, he has no clue we are just enjoying the train wreck in front of us. Cause in the end all the glamous of the mob can not hide the fact that a lot or most of of those guys are low lifes without an inkling of respect. That is my opinion at least.