“His demeanor was very vulgar, coarse and he used many profanities” – The Kansas City Mob and Las Vegas skim Most law enforcement entities that had an interest in the Midwest Sicilian La Cosa Nostra crime families suspected those criminal organizations exerted influence over Las Vegas casinos, had corrupted Nevada politicians and claimed their territory in Las Vegas.

These criminal organizations were suspected of skimming money from casino receipts. Even though casino management may have been infiltrated by the crime families, the government was primarily interested in the tax aspect of skimming. Nevada’s main source of revenue is from the total amount of gambling dollars reported. If the mob “skims” money before the total count is reported, it’s stealing money from the tax percentage due the state.

The F.B.I. and the political entities where the mob families lived had an interest in stopping this flow of money into the mob’s coffers. Any criminal organization with a large amount of cash is likely to divert it to the corruption of local officials or invest in other criminal conspiracies such as narcotics rings, loan sharking or stolen property fencing operations.

In a scene from the film, Casino, Director Martin Scorsese shows a small microphone, hidden in a heating duct, located inside a small grocery store. The screenwriter, Nicholas Pileggi, based this scene on the Villa Capri mic installation. The film depicts the situation as follows: Chicago mob bosses thought someone was stealing part of the skim money from the fictional Tangiers Casino (based on the Stardust casino) and assigned the Kansas City family to oversee the operation and look into the theft from the skim. In the film, the character Artie Piscano represents Kansas City underboss Tuffy DeLuna as a small store owner. The audience finds Piscano working in his store, complaining loudly about the Vegas assignment to his brother-in-law, (not identified by name, but known to be Cork Civella) while his mother (played by Martin Scorsese’s mother) counts out small bills for the cash register. In this short scene, Scorsese tells the audience there were problems at the Tangiers, the Midwest mob families were investigating, the F.B.I. is onto the scheme, and written notes about this were kept by Piscano. 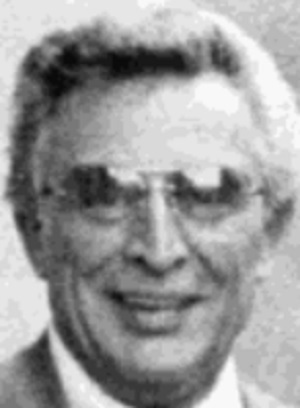 While it was a great piece of film making, the reality was that KC boss Nick Civella’s brother, Cork Civella, and Tuffy DeLuna (right) entered the Villa Capri on June 2, 1978 at about 10:30 p.m. Bill Ouseley and other agents listened in, trying to pick up bits of conversation over the jukebox’s repeated play of the Staying Alive theme song.

DeLuna was not complaining about his assignment, but was discussing the sale of the Stardust casino and mentions how he told the owner to make a public announcement that he was selling and to get out. The monitoring agents would hear a conversation that placed them in the middle of an ongoing story. The story was not about Kansas City murders and mob conflicts, as they thought, but about Las Vegas, the Teamsters Pension Fund, hidden ownership of casinos and political intrigue in Nevada.

The following is a substantially verbatim transcript of a conversation between DELUNA: CARL “TUFFY” DELUNA, AND CORK: CARL “CORK” CIVELLA. You can listen to the real audio at Gangland Wire.

DELUNA: "Oh yeah, I told you, Carl, you sayin’ about the public announcement. Remember the point that I told you that, ah, ah Genius was there that night when Joe went an’ cashed the check and Jay Brown was there?"

DELUNA: (overlapped - unintelligible) "Genius was lookin’ at, Genius was looking at Jay Brown like a savior, the way Joe was--. Okay, Genius is all for this deal. He wants it to go through. He wants to make a public announcement, right. Which, those were my words to him, I said, “do what you got to do, boy. Make your public announcement that you’re gettin’ out of this for whatever fuckin’ reason you want to pick and get out,” you know. I put that in his head. Make a, hold a news conference, make a public announce--but anyway Joe says that he wants to make a public announcement right away. And if Jay Brown can stall Lefty for a while, a week or something, he would not come here till Sunday. But if he can’t stall him, I’m going to come before. All right, he’s coming before ain’t he? So that proves that Left, Lefty and, and Glick both are pushing it."

CORK: "I know what he says. Before, don’t you think before the thing’s comin’ up, he should check with the Teamsters, see if they know he’s, he’s goin’ to, you know."

DELUNA: "He must not have."

Bill Ouseley would soon learn that “Genius” was Allen R. Glick, owner of the Argent Corporation. Glick, through Argent, owned the Stardust, Hacienda, Fremont and Marina casinos. The actual meaning of DeLuna’s words, “Which, those were my words to him, I said, do what you got to do boy, make your public announcement that you’re gettin’ out of this for whatever fuckin’ reason you want to pick and get out, you know. I put that in his head. Make a, hold a news conference, make a public announce...” would come out much later at Tuffy’s trial in 1983. Argent corporation owner, Allen “Genius” Glick, would testify that DeLuna threatened to kill his children unless Glick made a public announcement that he was leaving the gambling business and selling the Argent’s casinos. Below is a section of Glick’s trial transcript.

Prosecutor: "Mr. Glick can you tell the jury about meeting the Defendant, Carl DeLuna?"

Prosecutor: "Where was that meeting?"

Glick: "I was asked to come to Oscar Goodman’s office in downtown Las Vegas."

Prosecutor: "Who is Oscar Goodman?"

Glick: "Mr. Goodman is an attorney who represented Argent Corporation at one time."

Prosecutor: "When you entered that office, who did you observe?"

Glick: "I saw Mr. DeLuna sitting behind Mr. Goodman’s desk with his feet up on the desk."

Prosecutor: "Tell the jury, as best as you can recall, what you remember about your conversation with Mr. DeLuna."

Glick: "Mr. DeLuna’s demeanor was very vulgar, coarse and he used many profanities."

Prosecutor: "What was the topic of this conversation?"

Glick: "He said that he and his partners were sick of having to deal with me and having me around. He wanted me to know this would be the last time I would hear from him, or anybody else, unless I abided by what he said. He informed me that it was their desire to have me sell the Argent Corporation immediately and to announce the sale as soon as possible. He said that, in the event I did not take his threats seriously, and that I may find my life expendable, he went on to inform me that I would not find my children’s lives expendable. He looked down at a piece of paper and gave me the names and ages of each one of my sons. And he said that if he did not hear, within a short period of time, that I announced the sale, that one by one he would have each of my sons murdered."

It would take one phone call to Las Vegas to learn that Jay Brown was legal counsel to the Tropicana casino, law partner to Las Vegas mob attorney, Oscar Goodman, and friend of Nevada Gaming Commission President, Harry Reid. They were quick to connect the nickname “Lefty” to Frank “Lefty” Rosenthal, longtime associate of the Chicago mob. The Kansas City agents already knew that Lefty was suspected of being a front-man representing the Chicago Outfit’s interest in the Stardust casino.

Bill Ouseley would soon learn Genius had been introduced to Frank Balistrieri, crime boss of the Milwaukee family. He had asked for Frank P. Balistrieri’s help to obtain a Teamsters loan to buy four casinos. Balistrieri had taken this offer to the bosses of Kansas City, Chicago and Cleveland because they each controlled key Teamsters officers. These bosses pressured their Teamsters contacts to obtain approval for a $62 million loan from the Central States Teamsters Pension Fund to Glick. He used this money to form the Argent Corporation and buy the Stardust, Hacienda, Fremont and Marina casino hotels.

The next snippet piqued their interest even more. 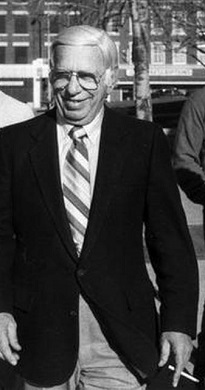 The following is a substantially verbatim transcript of a conversation between DELUNA: CARL “TUFFY” DELUNA, AND CORK: CARL “CORK” CIVELLA (right). You can listen to the real audio at Gangland Wire.

DELUNA: "Sure enough, half-hour later, Lefty pulls Joe on the side, tells Joe this morning already, “I got a new idea. I want seven guys, and I want Jay to be, to head the board, the chairman, and I want you to tell Joe, to tell Jay (unintelligible).”

CORK: "‘Member, you remember the deal in Chicago, talkin’--"

DELUNA: "Yeah, four and half million--"

DELUNA: "The guy wanted what?"

CORK: "The guy wanted four and half million."

CORK: (overlapping - unintelligible) "drop it down."

The agents suspected, correctly, that they had Kansas City mob members discussing control of a Las Vegas casino. This would be the start of a series of conversations about Allen Glick selling the Stardust casino. DeLuna is reporting that Lefty Rosenthal is telling Civella associate, Joseph Agosto, that he wants to create a corporation and name the board members with Jay Brown as the president.

Agents heard these conversations on June 2, 1978 and obtained an article from the Las Vegas Sun on June 8, 1978. This article verified that Allen Glick had made a public announcement that he was selling the Argent Corporation. The article further verified that an attorney named Jay Brown was negotiating for another group to purchase the corporation.

The hearts of the monitoring agents were beating a little faster. Cork Civella and Tuffy DeLuna were talking about being in on two million dollars a month and a deal with Chicago. To any experienced mob investigator, when a Kansas City mob boss talks about a deal with “Chicago”, this means they are dealing something with the Chicago Outfit.

The following sentence would broaden the investigation.

DELUNA: “I don’t wanna call him from here. I think we oughta just go to a phone.”

When Bill Ouseley heard that sentence coming out of the little microphone hidden at the rear table of the Villa Capri, they knew they had to find that phone.

The past few years of intelligence gathering on the KC crime family were finally starting to yield a payoff. The phrase, “go to a phone,” would result in the F.B.I. forming the first dedicated surveillance squad in the history of the organization. The agents would create a special code for use over the radio because encrypted wireless communication was not available for all investigations. They purchased and outfitted nondescript automobiles with special communications devices. For example, each vehicle had a foot switch to “key” the radio mic, the radio head was hidden in the glove compartment, and each vehicle had switches to turn off one headlight or the taillights. It was all very rudimentary by today’s standards, but at the time, it was cutting-edge equipment.