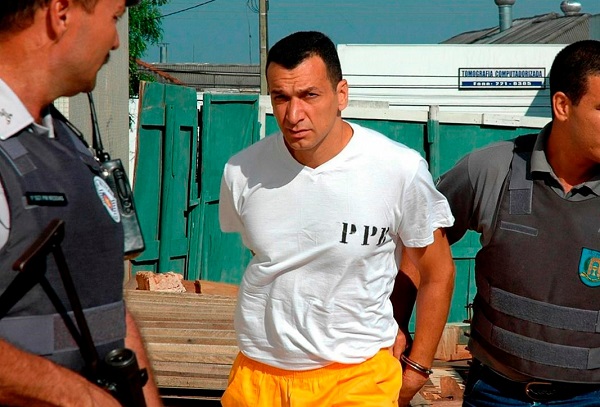 Prison plays a big role in the underworld. It’s where gangsters go when they are caught, the place where they learn new tricks and meet new associates, perhaps even join a gang. Some of these gangs now wield power and influence well beyond prison walls. With the right leadership such gangs can even shutdown entire cities. Like crime boss Marcos Willians Herbas Camacho did in Sao Paolo with the Primeiro Comando da Capital, Brazil’s largest gang.

Marcos Willians Herbas Camacho was born on April 13, 1968, in Sao Paolo, Brazil. His parents are said to have passed away when he was 9 years old. It was around this time, young Camacho began getting involved in crime. He stole some things and received the nickname “Marcola”, a mix of his first name Marcos and cola, which was Brazilian street slang for inhaling industrial glue.

Eventually, Herbas Camacho got involved in more serious crimes. He was arrested for robbing a bank in 1986. After his conviction, he was sent to the overcrowded Carandiru prison in Sao Paolo.

Guards killed over 100 inmates in 1992, which led to the founding of the Primeiro Comando da Capital (PCC), translated it means the First Command of the Capital, which would become Brazil’s biggest and most powerful gang. In 1993, Herbas Camacho was transferred to the Yaubaté prison where he first came into contact with the PCC.

He was then transferred back to Carandiru and managed to escape from there several times. As soon as he was out, he would commit more crimes. Rather than sticking to Brazil, he would go across the border into Paraguay and do crimes there, mostly large, well-planned robberies of money trucks and banks. Herbas Camacho became notorious for a series of these kinds of successful bigtime robberies in the 1990s. 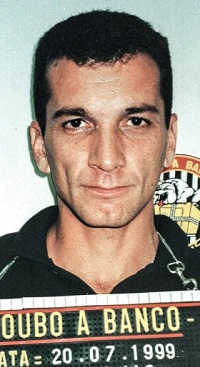 Around 2000, he decided to join the PCC and become a member. He quickly rose up the ladder, becoming one of the underbosses of Cesar Augusto Roris da Silva and Jose Marcio Felicio, two of the founders of the PCC.

In July of 1999, the PCC organized a big bank heist in Sao Paolo, getting away with around $5.5 million dollars. Later that month, cops spotted Herbas Camacho driving around Sao Paolo in a luxury car and arrested him. For his role in robberies, drug trafficking, murder, and being part of an organized crime group, he was sentenced to 232 years and 11 months in prison. He began serving his sentence in 2000.

The takeover of the Primeiro Comando da Capital

Inside, Herbas Camacho began plotting a takeover of the PCC. Some sources claim he used his ex-wife and lawyer Ana Maria Olivatti to send information about PCC bosses Cesar Augusto Roris da Silva and Jose Marcio Felicio to authorities. This led to their transfer to a maximum security prison.

Both gang leaders suspected Herbas Camacho’s betrayal and planned on killing Olivatti. They also allegedly provided police with information about Camacho’s business, leading to the arrest of several of his close associates.

Regardless, Herbas Camacho managed to win the trust of most of the PCC members and was crowned the new leader in 2002. Under his leadership the PCC became more structured. Members were forced to pay a monthly sum, there were disciplinary measures for those who broke the rules, and PCC activities were expanded into new areas. 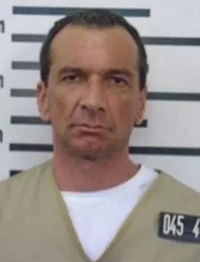 In May of 2006, Herbas Camacho heard that he and 700 other inmates were to be transferred to a maximum security prison. He immediately contacted other PCC bosses and on May 12 riots erupted in prisons in and around Sao Paolo. Two days later there were riots in several other Brazilian states as well.

At the same time, throughout Brazil, cops, police stations, court buildings, public transport, and various other places were attacked by gang members. Life in Sao Paolo grinded to a halt. All in all around 2600 attacks took place.

Authorities eventually managed to push back and stop the riots, but by then over 150 people had died. Despite all this violence Herbas Camacho was still transferred to the maximum security prison.

In 2014, he was moved to another prison after authorities discovered there was a plan to help him escape using a helicopter. In 2018 another escape plan forced authorities to transfer him yet again.

In February of 2018, Herbas Camacho was sentenced to an additional 30 years behind bars for leading a network of lawyers which helped him exchange messages with other PCC leaders and distribute bribes and pay offs on behalf of the PCC.

Milko (a pseudonym) is a Dutchman who has studied organized crime in the Netherlands, its history, and its offshoots in foreign countries for over two decades. He is also very knowledgeable about crime in other countries and is eager to share his information.