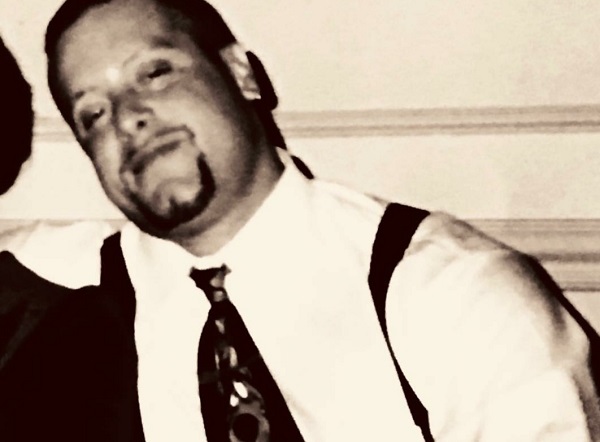 For a long time, violence and crime were Alan Gunner Lindbloom’s core business. As a relative of the notorious Tocco mob clan in Detroit, he became part of the city’s La Cosa Nostra family. “I was the boogeyman, one of the craziest and most feared soldiers in the family.” Now, he shares old war stories on his podcast where he talks about the Mafia life, doing time, and beating up child molesters.

From the moment you click play, the raw explosive energy of Alan Gunner Lindbloom comes at you like a gunshot blast to the face. He does not hold back. He is brutally honest about his past actions and mistakes, acknowledging that, back then, he could be a backstabbing, violent beast of a man. But whatever he did wrong, in the world of La Cosa Nostra he did one important thing right. When he was caught and hit with a lengthy prison sentence, he kept his mouth shut and did his time – over 13 years.

“I honestly don’t feel squeamish about sharing stories from my past,” Lindbloom tells Gangsters Inc. “Because for the most part my novels are fiction, I did my time and didn’t rat, most of the stories I share are about people who have since died, and, finally, if I do share a story about someone active, I change their name.”

He once worked as an enforcer for the Detroit Mafia. This was – and still is – an organization that values its secrecy and has successfully managed to operate under the radar. One would think its members would not be so happy with one of their former associates talking freely about past crimes in front of a global audience. One would be surprised, Lindbloom tells us. 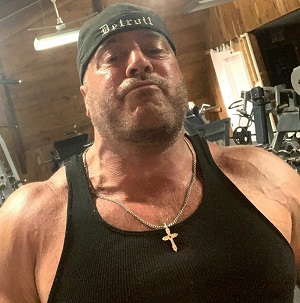 “The [Mafia] family is very proud of me”

“A few guys have expressed annoyance with my Lindbloom Chronicles, but for the most part the old guard has no qualms with my new career,” he says. “In fact, last summer at the Italian festival in Detroit (the only book signing I do each year) many of the city’s wiseguys stopped by to say hi and pay their respects. One was Vince Giacalone, [alleged mobster and brother of the current boss of bosses in Detroit], Jackie “The Kid” Giacalone. We chatted for 20 minutes while his wife bought my book (for Jackie I believe) and a shirt for her daughter. He said: ‘I can’t wait to see your book made into a movie.’ My cousin Chris Tocco, [an alleged mobster], sat me down and told me the family is very proud of me and to never forget that I’ll always be family, ‘a Tocco’. That says it all.”

Still, there are always threats. “A few young Turks shot me direct looks. But they know better than to say something. My reputation from 25 years ago still rings bells. The old timers surely have told them that back in the day, I was the boogeyman, one of the craziest and most feared soldiers in the family.” 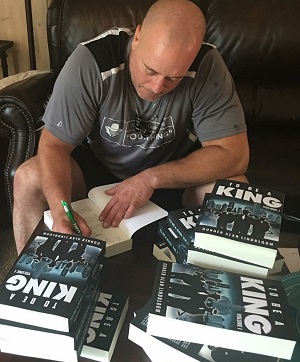 After his release from prison, he published his first novel, titled To Be A King. Later, he also started a podcast. “For the most part, I stick to telling just my personal stories, and they are mostly public knowledge. I’m not sharing anything that the Feds don’t already know. For people who think I’m talking too much, they have to realize that my crimes are mostly public knowledge, and so are the stories I tell.”

These personal stories are filled with crime and violence, but also offer a very personal insight into Lindbloom’s days on the streets and how he grew up as a child and became involved in that way of life. “People seem to like my street stories best,” he says. “Just stories of my life from back in the day. I have so many. Low level grunt shit: that’s what people like. They’ve heard all the big stories. Well, mine are the days and times of a low-level street soldier coming up under some of the most notorious Mafiosi in the country. Because of my grandfather, Peter Tocco, I had direct access to them all. I was his driver in my 20s and went to see them almost daily, as he was a huge lay off bookie for the family. They loved him. He was very revered. And I was his eldest grandson, so that meant something. Plus, I got shit done when asked.”

Violence was never an issue. Not on the streets, nor in prison. Though his wife doesn’t like it when he gets too graphic, he details a few violent encounters behind bars, including the time he beat up child molesters. But luckily for his wife, violence isn’t the only topic of his podcasts. It’s one of many.

Besides talking about his own life and days as a mob enforcer, he also shares his views on being outdoors, camping and hunting. And he has added various interviews as well. Some with celebrity actors like Louis Lombardi and WWE wrestling superstar Rob van Dam, others, more on topic, with ex-gangsters like Colombo Mafia family wiseguy Larry Mazza and authors like Scott Burnstein. 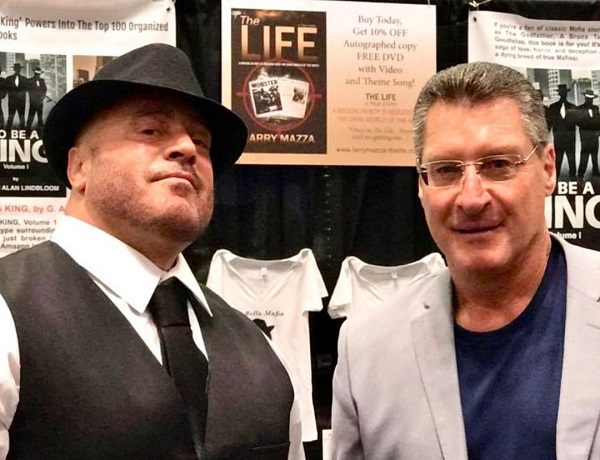 “But people seem to just like my street tales the best. Just raw gritty street stiff from my old life. So I try to keep everything more money and gangster orientated.”