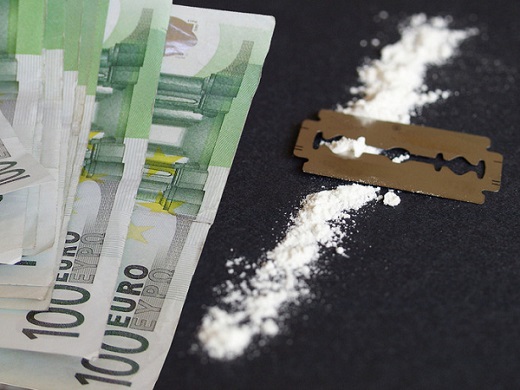 The initial investigation started in February 2016 when several Romanian truck drivers were caught smuggling cocaine into the United Kingdom. This cargo was quickly linked to an international crime group trafficking cocaine between South America and Europe, with links to Germany, Spain, Belgium, the Netherlands and Romania.

After coordination meetings were held at Eurojust and Europol, several parallel investigations were initiated in the involved Member States. Due to the international cooperation these past years, law enforcement was able to identify the suppliers, buyers and lorry drivers. During the initial stages of the investigations, intelligence about the group was gathered and 35 kilos of cocaine, 200 kilos of cannabis and 54 kilos of ketamine were seized.

All involved partners agreed on a joint action day with simultaneous arrests and house searches on 13 September 2017. During this action day, authorities were able to arrest the six suspects and search 28 houses and premises.

The German Bundeskriminalamt and state police authorities of Bavaria and Baden-Württemberg, on behalf of the prosecutor’s office in Memmingen, arrested three suspects and searched sixteen houses. Romanian authorities searched ten houses and premises and put in place two European arrest warrants issued by Germany and Belgium. One arrest took place in the United Kingdom. Large amounts of money, mobile phones and other electronic devices were seized for further investigation.

The Economic Crime Group of the UCO together with the Judicial Police Organic Unit of Almería, of the Spanish Guardia Civil, have also carried out arrests, house searches and drug seizures (marijuana) in Spain throughout the research phase. The same goes for the Belgian federal judicial police of Leuven who has carried out house searches at an earlier stage.