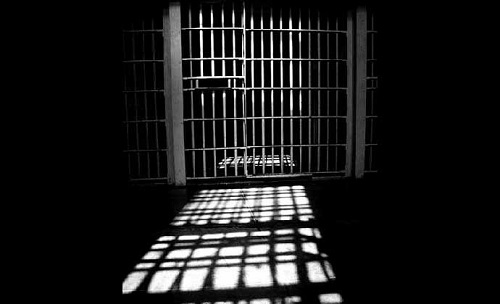 Locked up, sitting in a cell, all an inmate has left is his voice. Two men from entirely different worlds both opted to use it this week as they seek to better their positions. Where they once used weapons and violence, now they reached out to the media to get what they want. Whether they will, however, is entirely out of their hands.

What they may call injustice, others might call sour grapes. San Francisco Triad boss Raymond Chow and Italian Canadian ‘Ndrangheta mobster Giuseppe Costa both feel they’ve been wronged – one more than the other, but still wronged all the same. 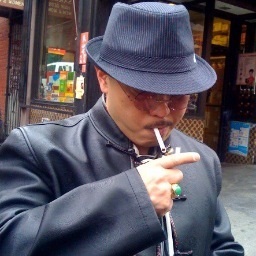 Chow (right) was found guilty of racketeering and murder charges last month, and faces life in prison when he is sentenced on March 23. ABC7 News reporter Alan Wang had a jailhouse interview with the San Francisco crime boss where he answered “all of ABC7 News’ questions. There were no ground rules and Chow's attorney was present during the one-hour interview,” ABC7 News reported.

In the interview, Chow repeats the same defense he put on at his trial. He claims he had no part in organized crime, stating “They try to talk in front of me about you know what they going to do, and I feel that's not proper for me to be there, that's why I tell them, ‘Hey you know what I don't need to hear that.’ I walk out.”

An undercover agent from the FBI infiltrated his organization and gave Chow a total of $60,000 cash over a three year period. Asked why he accepted all that money from someone who seemed like a shady character – he presented himself like an East Coast mobster – Chow answered: “He put in my pocket. He give it to me. I never even asked him, ‘Hey that's my money. That's my share. Hey, when you gonna bring me the money?’ You never heard anything because it never happening.”

But he still pocketed the cash.

In his days, Giuseppe Costa (right) pocketed a lot of cash as well. Back when he was running a drug operation in Toronto, Canada, and Italy as a ‘Ndrangheta mob boss, he made tons of it. Nowadays, in his sixties, he spends his time in an undisclosed maximum security prison in Italy where he is serving a life sentence.

With good reason. Besides narcotics, Costa was a prolific killer. He committed ten murders and fourteen attempted murders for the ‘Ndrangheta, including one inside prison, he told reporters of Radio Canada’s Enquête program. “There is a hierarchy in relationships, and that always includes me,” he said of his time in prison. “He noted that he has stabbed another inmate in Spoleto prison in defense of an ’Ndrangheta boss,” Peter Edwards writes in The Star.

He was interview by Radio Canada because the North American country is currently experiencing a violent drug war between various mob groups. “The Sicilian Mafia once led in Canada,” Costa told interviewers. “Now, the ’Ndrangheta has the power.”

“Someone in the ’Ndrangheta in Canada feels like he’s at home,” Costa said. “He moves around. He has his place. He does his business. [But] the ones in Canada must always answer to headquarters, which is in Calabria.”

Costa himself no longer answers to them, however. He has become a pentito, a government witness. He’s done so in hopes of one day getting out of prison. He wants to see his wife who is sick. Perhaps the interview will help him earn an early release from his cell.

Though Costa is much more believable than Chow. His claim of ignorance did little to convince a jury of his innocence. And his former underlings testifying against him, only made things worse. No matter how much Chow tries to paint these men as rats who will say anything to get out from under, he knows he’s been there as well. He testified against his own boss in the early 2000s. After his release, he went right back to where he came from and surrounded himself with Triad gangsters and thugs.

He used his voice to get out of prison once before and it worked. Now, however, it might be a little bit overused, maybe it’s a little hoarse, a tad bit difficult to hear. That’s the thing about a voice. Like any weapon it can run out of ammo, leaving you with nothing but a useless tool that causes you to figure out why it broke and stopped working.

The silence that follows allows you to rethink your life and where it all went wrong.