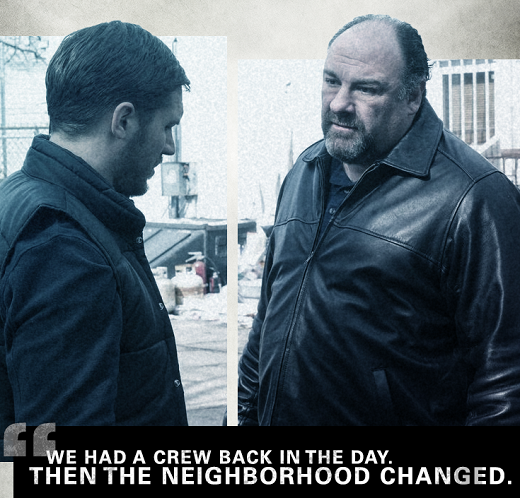 James Gandolfini made an everlasting impression on millions of people around the globe with his iconic role as mob boss Anthony Soprano in television series The Sopranos. His unexpected death on June 19,2013, came too soon. But through his roles on television and in movies Gandolfini lives on. His last movie, The Drop, premiered on Sunday at the Toronto International Film Festival and will open in New York and Los Angeles on September 12. 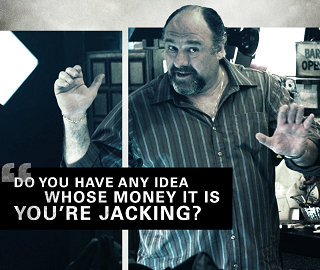 The Drop is directed by Michaël R. Roskam and based on a screenplay from Dennis Lehane (Mystic River, Gone Baby Gone). The movie follows lonely bartender Bob Saginowski (played by Tom Hardy) through a covert scheme of funneling cash to local gangsters – “money drops” – in the underworld of Brooklyn bars.  Under the heavy hand of his employer and cousin Marv (played by James Gandolfini), Bob finds himself at the center of a robbery gone awry and entwined in an investigation that digs deep into the neighborhood’s past where friends, families, and foes all work together to make a living – no matter the cost.

Gandolfini plays a character who knows that his best years lay behind him. Back in the day he was looked upon in awe. Or, as he puts it, “When I walked into a place people sat up straight, they noticed. I was respected. I was feared. And that meant something!”

This is James Gandolfini in his element. A troubled tough guy who has to deal with a problem. It’s also Gandolfini at his best.

Watch the trailer of The Drop below:

Great articles, guys.  Should not be too much of a surprise to those in that world !