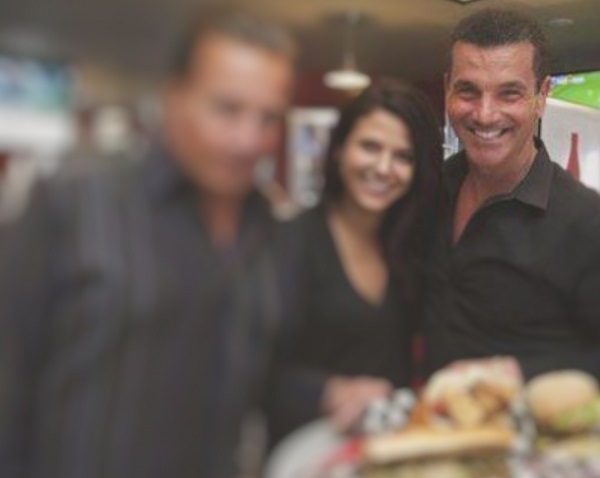 In the Mafia, you don’t get to the top without leaving a trail of dead bodies in your wake. You have to kill to be on top of the hill. Whether you’re John Gotti, Carlo Gambino or Vito Genovese. Their soldiers know this all too well. Genovese crime family soldier Louis Auricchio was among them.

Auricchio was born on May 27, 1958 in Somerset, New Jersey. He came up in the crew of Genovese Mafia family capo John Joseph DiGilio Sr. Known by the nickname “Johnny Dee,” DiGilio was a former professional boxer, who was made by mob boss Vito Genovese in the 1950s, and went on to oversee the Genovese family rackets in New Jersey.

The rise and fall of “Johnny Dee” 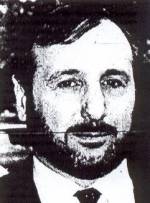 By the 1970s, he was a powerhouse in the unions, becoming secretary-treasurer of International Longshoremen's Association Local 1588 in Bayonne, New Jersey. For the right price, DiGilio (right) offered labor peace. It was one of the mob’s bread-and-butter rackets, ensuring the families of a steady flow of income – both legit and illegitimate.

Authorities were cracking down on La Cosa Nostra’s strong grip on unions, though. Mobsters and union officials were being subpoenaed and indicted left and right. In 1988 it was DiGilio’s turn. It was part of doing business in the life. It was what was expected even. What wasn’t was representing yourself during a racketeering trial. Yet that was exactly what DiGilio did.

His mob superiors did not appreciate his efforts. They were especially pissed off when the jury acquitted DiGilio but found his fellow Genovese family-connected defendants guilty. DiGilio’s success would be short-lived. Literally.

His dead body was found floating in the Hackensack River on May 26, 1988. He was shot in the head five times. The Genovese family has its own way of meting out justice – and it is final.

His murder remained unsolved for years to come. The code of silence was taken seriously within the Genovese family, an organization so disciplined that its members never uttered the name of their boss, Vincent “Chin” Gigante, aloud. Instead, they pointed to their chin when they referred to him.

While authorities were investigating the gangland killing of DiGilio, Auricchio was fighting his own legal battle with them. He was found guilty of evading over $300,000 in taxes from 1981 to 1983. The jury was deadlocked on a cocaine conspiracy charge. While Auricchio was in federal prison, authorities were getting closer to solving the murder of his boss. And their intel pointed to him as being the triggerman. 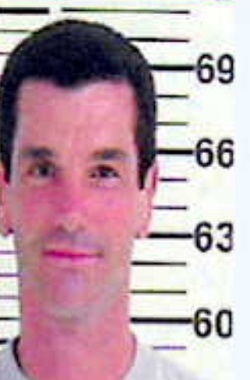 In 1993, an investigation by the New Jersey State Police and the Division of Criminal Justice uncovered detailed information that led to a state indictment of Auricchio on charges that included the 1988 murder of DiGilio. Auricchio (right) didn’t put up much of a fight. He pleaded guilty to first-degree state charges of aggravated manslaughter and racketeering in March of 1994.

“I shot and killed him,” Auricchio said in court. “I shot John.” He admitted that he conspired with other Genovese family mobsters to murder DiGilio. He said he shot DiGilio several times in the back of the head with a .38 caliber handgun from the back seat of his own black Lincoln Continental, driven by George Weingartner, a former Bayonne police officer.

Later in 1994, Weingartner, Genovese family capo Angelo Prisco and 11 other Genovese mobsters were indicted on racketeering and other charges related to the murder of DiGilio. Again, a death caused for an unexpected turn of events.

During the trial in 1998, Weingartner was found dead in an idling car in the garage of his Brick home, asphyxiated by carbon monoxide. It was ruled a suicide but when the mob is involved things are never as clear cut as they seem.

Prisco pleaded guilty in 1997 to state charges of conspiracy to commit racketeering and arson for hire and was sentenced to 12 years in prison. The other co-defendants were also convicted. 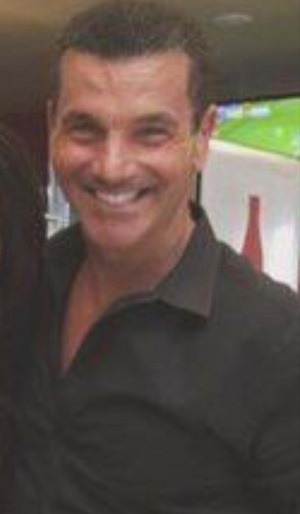 Doing time, moving on up

By then, Auricchio (right) was already doing time for his role in the killing of DiGilio. On June 10, 1994, he had been sentenced to 30 years in New Jersey state prison on the murder charge, with a minimum of 15 years without parole. He was sentenced to 20 years, 10 without possibility of parole, on the racketeering charge, with the sentences to run concurrently with each other and with a federal sentence for racketeering that was imposed one month earlier.

Auricchio did his time and kept his mouth shut. He got out of prison in December of 2010 after his sentence was up. There were rumors that he had taken over DiGilio’s old crew and was appointed as capo within the Genovese family.

Things remained quiet until news of his passing was announced. He died on January 5, 2021, at age 62.

Photo at top of page and one to the right are courtesy of Dom Woods.