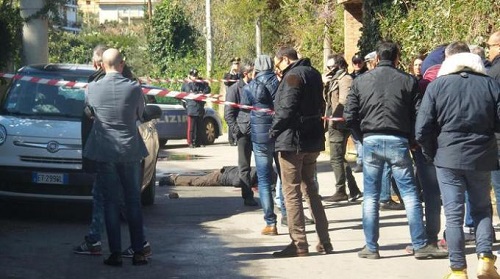 Vincenzo Bontà, the son-in-law of Sicilian Mafioso Giovanni Bontade, was shot dead in Palermo yesterday. Bontà (45) was killed along with 53-year-old Giuseppe Vella. The pair was murdered in a very narrow part of the Via Falsomiele in Palermo, leaving them no chance to escape. Two suspects have been arrested by police.

Bontà was married to Daniela Bontade, daughter of the late lawyer and Cosa Nostra leader Giovanni Bontade, who himself came from illustrious crime family lineage with a mob boss father and brother who rose to incredible power in the Sicilian Mafia. 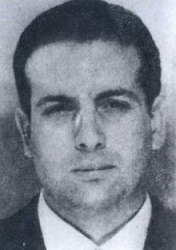 His brother, Stefano, was seen as Cosa Nostra’s crown prince before he was murdered in 1981 by Toto Riina’s Corleonesi. Giovanni Bontade sided with Riina’s Corleonesi so that he could take his brother’s place, but was killed himself in a mob hit seven years later together with his wife in September 28, 1988. The man who murdered him, Pietro Aglieri, eventually took over as boss of the Santa Maria di Gesù crime family.

Though Bontà and Vella had no criminal records, authorities were initially treating this as a Mafia hit because of Bontà’s Mafia connections and also because either Bontà or Vella was “executed” with a shot to the head region. The area where they were killed was described by police as a Mafia stronghold.

As always with Mafia violence, there is only dread and sorrow. Not only did Daniela lose her father and mother and her uncle, now, she has also lost her husband. Their children their father. On the other end of the spectrum are all of the Mafia’s victims: Citizens, shopkeepers, innocent bystanders.

The Chief Prosecutor of Palermo, Francesco Lo Voi, also wanted to alert the press and public to Cosa Nostra’s resilience. “Cosa Nostra is still alive,” he told reporters. “Unfortunately we have to record the permanent vitality of the Mafia and organizations operating in the area. I repeat once again: If anyone thinks that the Mafia has been defeated, and everything is over, obviously, they did not understand anything yet.”

Yet, when police followed all their leads, they concluded there was no Mafia link. Today, ANSA reported that, "Late on Thursday the flying squad arrested 52-year-old city surveyor in charge of graveyards Carlo Gregoli and his spouse Adele Velardo, 45, a housewife. Investigators say they have security camera footage of the couple's Toyota SUV at the scene of the crime and a statement from an eyewitness, as well as evidence they fired with two different weapons. The couple has denied all involvement, but it is believed the motive may have been a quarrel between the suspects and Bonta', who was their neighbor."