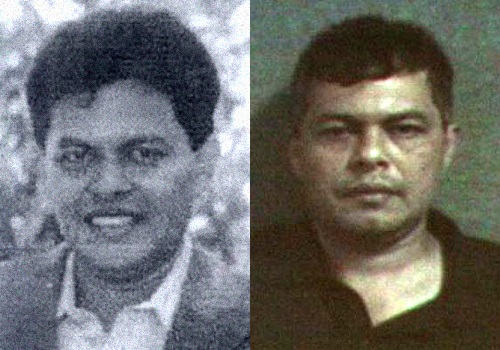 Live by the gun, die by the gun. Mexican drug lord Carlos Rosales Mendoza’s life ended in familiar fashion. His dead body was dumped along with three other corpses in the carpark of a tollbooth along a motorway in western Mexico. All four men had been tortured and shot to death.

Rosales Mendoza was the founder of La Familia Michoacana, one of Mexico's most violent drug cartels. The 52-year-old drug boss has risen in prominence to be featured on the DEA’s Most Wanted List and was sanctioned under the Foreign Narcotics Kingpin Designation Act by the United States Department of the Treasury.

Despite his high profile, Rosales Mendoza went about his business of drugs and violence as usual. He had been at it since the 1980s when he formed his own drug gang which became part of the Gulf Cartel after he had formed a strong alliance with its leader, Osiel Cárdenas Guillén.

His power increased and by 2000 he had established his La Familia Michoacana cartel. After a surge of cartel violence swept Mexico, many drug cartels began a publicity campaign to polish up their image. La Familia cartel proclaimed to defend traditional family and religious values.

How then do they explain dealing drugs and slaughtering their rivals? you may ask. Well, they claimed it was their “divine right” to torture, dismember, and murder their enemies.

Normally, one would question such logic but it’s hard to argue with someone who is cutting your arm off while another person has a gun pointed at your groin.

Family and religious values aside, Rosales Mendoza did not shy away from the violence. It is said he had schooled many up-and-coming drug lords in the ways of cartel business, regarding both finance and death.

His downfall began after organizing an armed assault on a maximum security prison in 2004. Authorities managed to convict him of masterminding the raid and sentenced him to ten years in prison.

After his release in 2014, Rosales Mendoza got right back in the thick of things. Mexican police claimed he was trying to reestablish his dominance over the drug trade in Michoacán. Though it is still unknown who is behind his murder, it is safe to assume not everyone appreciated Rosales Mendoza’s return to the organization he founded. Perhaps someone had already established his own dominance over what was once Rosales Mendoza’s cartel.

That someone might not realize it yet, but he gave himself a peek at his own future. In Mexico, those that live by the gun have a significantly higher chance to die by it than similar men in other areas of the world. No matter what rank they hold.