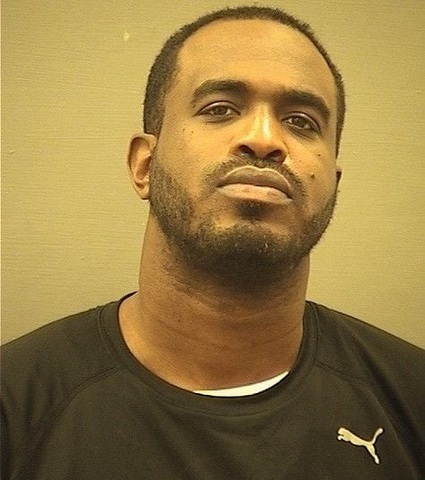 The leader of a major drug trafficking organization was sentenced to two decades in prison on Friday. 37-year-old Rashourn Niles (photo above) was taken down as a result of a coordinated law enforcement investigation codenamed Operation Tin Panda, that to date has resulted in 39 defendants convicted on federal firearms and drug charges.

Niles was the main source of cocaine supply for 29-year-old Tarvell Vandiver, who is his stepson and the regional leader of the Imperial Gangsta Bloods. He taught Vandiver how to manufacture “crack” cocaine from the cocaine, and he also put Vandiver in contact with heroin distributors. Vandiver would then arm himself and go out to distribute the product. He now faces a 20-year prison sentence as well when he is to be sentenced on October 19.

His stepson wasn’t his only buyer. Niles also regularly sold large quantities of cocaine and heroin to other drug distributors operating within the Eastern District of Virginia and elsewhere. He stored drugs and proceeds at multiple residences, and used the money to buy luxury vehicles, including a Bentley, Range Rover, Jaguar, and BMW X6, and expensive jewelry, including Rolexes and a necklace worth $45,000.

Authorities arrested Niles in December 2017, when over 300 law enforcement agents and officers executed a coordinated takedown as part of Operation Tin Panda. The operation was initiated by the Bureau of Alcohol, Tobacco, Firearms and Explosives’ (ATF) Washington Field Division and the FBI’s Washington Field Office Safe Streets Task Force in the spring of 2017.

In collaboration with federal and local law enforcement, investigators and prosecutors began jointly investigating Blood gangs and other drug distributors involved in violent crime and other criminal activity in northern Virginia. Multiple criminal acts were tied to gang and drug activity, including homicide, malicious wounding, robbery, shootings, and drug and firearms distribution. During the course of this investigation, more than 40 individuals throughout Virginia, Maryland, the District of Columbia, and California, who were illegally selling firearms and controlled substances or were involved in other criminal acts, were arrested on federal firearms and drug charges.