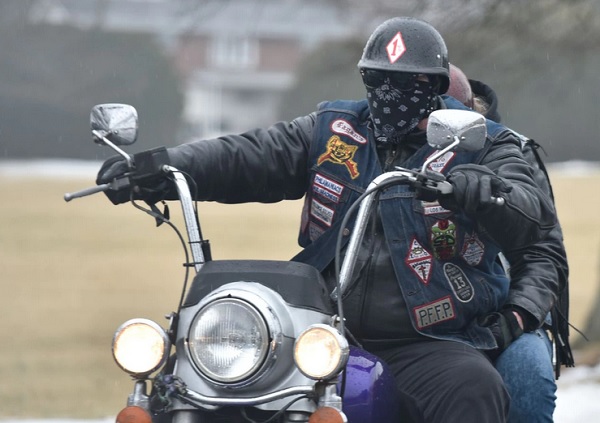 The government’s crackdown on the Pagans Outlaw Motorcycle Club continued on Monday with the arrest of two of its high-ranking members for assault in aid of racketeering. “Today’s arrests are the latest in a long-running investigation into the illegal activities of the Pagan’s Motorcycle Club,” Acting U.S. Attorney Rachael Honig said. “We have now charged 11 members of this outlaw gang with various weapons, drug trafficking and violent crimes.” 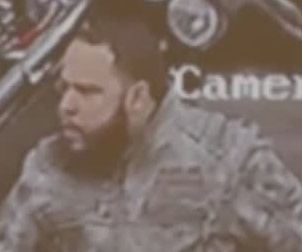 Beating with an axe handle

On April 24, 2018, Arocho, Guzman, and other Pagans assaulted an associate of the Hells Angels at a gas station in Newark (photo below). The Pagans and the Hells Angels have a long-standing rivalry. The biker was beaten with an axe handle, punched, and kicked by his attackers, resulting in significant injuries.

Acting U.S. Attorney Honig also announced that a federal grand jury returned an indictment Monday charging 56-year-old Nicholas “Booch” Bucciarelli, the sergeant at arms for the Pagans’ Camden County chapter, with distributing five grams or more of methamphetamine, and aggravated assault in aid of racketeering, brandishing a firearm in furtherance of a crime of violence, and possession of firearms by a convicted felon, arising from his commission of a gang-related gunpoint assault in which an associate of the Pagans was assaulted for breaking the organization’s rules. 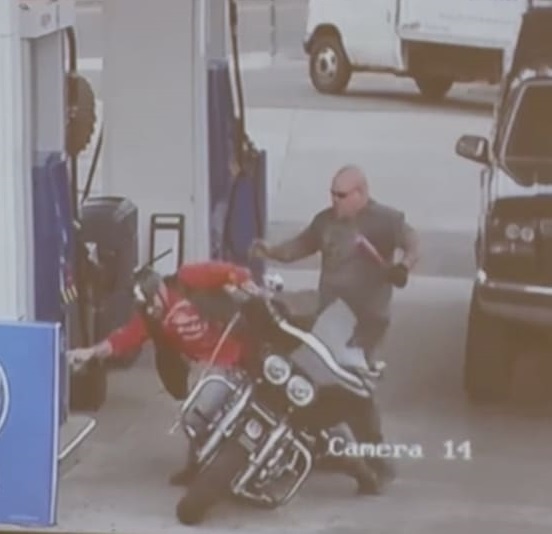 75-year-old Nicholas “Lefty” Marino, 55-year-old Anthony “Fugit” D’Alessandro, and 42-year-old Michael “Cage” Dorazo had already been charged for their roles in the assault. At the time of their arrests Marino and D’Alessandro served as the president and sergeant at arms, respectively, for the Pagans’ Gloucester County chapter, and Dorazo was a member of the Pagans.

These charges were filed as part of a multi-agency investigation into the Pagan’s Motorcycle Club, an outlaw motorcycle gang known to engage in illegal activity, including narcotics trafficking, weapons trafficking, and violent crimes.

The Pagans have established membership chapters in numerous states and U.S. territories, including multiple active chapters in New Jersey. This investigation involved court-authorized wiretaps, the use of multiple undercover law enforcement agents, and execution of multiple search warrants at physical locations in multiple jurisdictions. Through the investigation, law enforcement seized 10 firearms and more than 800 grams of methamphetamine.

National president and other arrests

The U.S. Attorney’s Office previously announced the arrest of Keith “Conan” Richter, the national president of the Pagans, in connection with his illegal possession of a firearm on February 20, 2021. Those charges remain pending.

Larry Ortiz, aka “Savage,” 31, of Elizabeth, New Jersey, and Junius Aquino, aka “Jayo,” 38, of Vauxhall, New Jersey, were charged with aggravated assault in aid of racketeering and discharging a firearm in furtherance of a crime of violence for their roles in a gang-related shooting. On Oct. 28, 2020, Ortiz and Aquino shot at an associate of a rival gang while driving on the New Jersey Turnpike. The shooting was committed as part of an ongoing dispute between the Pagans and the Hells Angels Motorcycle Club.

Aquino was also charged in a separate criminal complaint with possession of ammunition by a convicted felon in connection with a shooting that occurred three days later. On Oct. 31, 2020, Aquino shot at an occupied vehicle in Elizabeth. Law enforcement officers recovered seven .40 caliber shell casings from the shooting scene. On Nov. 5, 2020, law enforcement executed a search warrant at Aquino’s residence and recovered, among other items, multiple .40 caliber rounds of ammunition and approximately 50 grams of cocaine. After law enforcement officers recovered the cocaine from Aquino’s residence, Aquino was charged with possession with intent to distribute cocaine. At the time of Aquino’s arrest, he was the vice president of the Pagans’ Elizabeth membership chapter.

Ortiz was also charged with possession with intent to distribute 50 grams or more of methamphetamine and possession of a firearm in furtherance of a drug trafficking crime. On Nov. 17, 2020, law enforcement officers executed a search warrant at Ortiz’s residence and recovered approximately 300 grams of methamphetamine and a loaded firearm. At the time of his arrest, Ortiz was the president of the Pagans’ Jersey City membership chapter.

Daniel Hooban, aka “Jersey,” 33, of Bayonne, New Jersey, was charged with possession of a firearm by a convicted felon; possession with intent to distribute a quantity of cocaine; and possession of a firearm in furtherance of a drug trafficking crime. On June 29, 2020, law enforcement officers executed a search warrant at Hooban’s residence and recovered approximately 30 grams of cocaine and a loaded firearm. At the time of Hooban’s arrest, he was the sergeant at arms for the Pagans’ Jersey City membership chapter.

Glen Turner, aka “Glenny,” 73, of Marcus Hook, Pennsylvania, was charged with possession with intent to distribute 50 grams or more of methamphetamine. Turner is a long-time member of the Pagans. On Dec. 10, 2020, law enforcement officers executed a search warrant at Turner’s residence and recovered approximately 450 grams of methamphetamine.

“This investigation has dealt a significant blow to the Pagans motorcycle gang,” Special Agent in Charge of the DEA’s New Jersey Division Susan A. Gibson said. “The use of violence, weapons, and intimidation was standard for this criminal organization, and law enforcement made it clear that their behavior would not be tolerated. It is a bad day for the Pagans when the combined forces of DEA, ATF, New Jersey State Police and Union County detectives come after you. These arrests made New Jersey safer and this investigation demonstrated the determination of DEA and our amazing partners to pursue the most violent criminal gangs who choose to violate the law.”

“I can say without question that our collective efforts have disrupted and dismantled the daily illegal activities of the Pagans outlaw motorcycle gang, by strategically removing their most violent and most egregious firearm and drug trafficking members and associates,” ATF Newark Field Division Acting Special Agent in Charge Toby C. Taylor said.