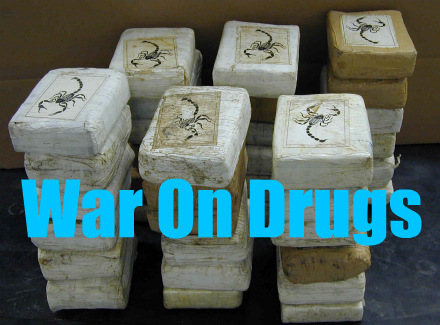 Two of the most deadly groups in organized crime have formed an alliance. According to Guatemalan authorities, the Mara Salvatrucha street gang and the Los Zetas drug cartel have decided to work together for their mutual benefit.

For the Mexican Los Zetas Cartel the benefits are simple. If it can rely on the manpower the Mara Salvatrucha gang has in Guatemala then it can strengthen its drug trafficking routes from South America to the United States. The Los Zetas Cartel already controls large parts of rural northern Guatemala but cannot hold on to such parts without sufficient local muscle. 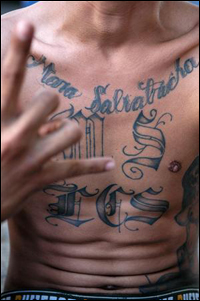 Mara Salvatrucha was formed in Los Angeles by Salvadoran immigrants in the 1980s. In the decades that followed, the gang spread to Canada, Mexico, Middle and South American countries. Countless members that were arrested in Los Angeles were deported to their countries of origin, which caused the Los Angeles gangsters to open up new branches in their native countries.

Members of Mara Salvatrucha can look forward to working with a sophisticated global organized crime group that has plenty of wealth, technology, intelligence, and expertise to share. Los Zetas started out as an enforcement wing for the Gulf Cartel and was comprised of rogue members of an elite Mexican Army unit. They eventually went into business for themselves and took over the Mexican underworld with military precision. The Los Zetas Cartel would be a good teacher to any group aspiring to become a criminal superpower.

Guatemalan authorities told the Associated Press (AP) that “in recent months they have begun to see the first signs that the Zetas are providing paramilitary training and equipment to the Maras in exchange for intelligence and crimes meant to divert law-enforcement resources and attention.”

Miguel Angel Galvez, a judge who hears narcotics and organized crime cases, told AP that the alliance was increasingly evident in the cases he hears, and had been documented in notebooks found on arrested members of Los Zetas that detailed payments to members of Mara Salvatrucha.

What this alliance will mean for the people in the United States and Mexico is unknown. Los Zetas and other Mexican Cartels are already using American and Mexican street gangs as muscle but Los Zetas’ alliance with Mara Salvatrucha secures their base in Guatemala. With a strong base of operations the cartel can expand its drug routes and oversee their war against rival cartels in Mexico.

It sounds like a perfect match made in Hell. And though both Los Zetas and Mara Salvatrucha may think they made a heavenly alliance, either party can end up beheaded on a deserted street by the hands of the other. Back in 1999 Los Zetas started out as muscle for the Gulf Cartel, only to take over power and leave its former employer in ruins. In the criminal world nothing is what it seems.