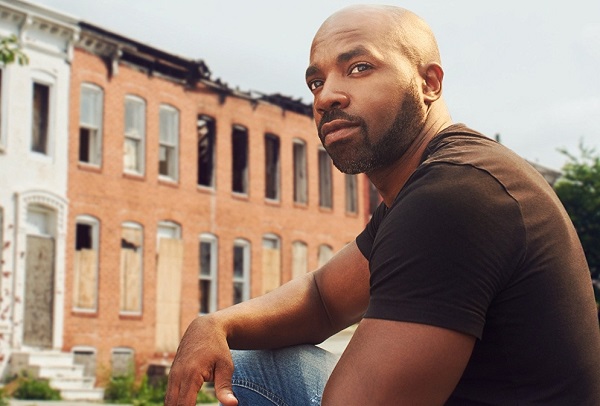 Growing up as a child, your surroundings matter. The neighborhood and the people in it have a profound impact on your life. Chris Wilson knows this all too well. Sucked into the violence surrounding him, he was sentenced to life in prison for murder at 18. Now, he’s a successful entrepreneur with a bestselling book.

“It’s one of the most shocking stories I’ve ever read,” The Daily Show host Trevor Noah tells Wilson. “You lived a life many people shouldn’t emerged out of. You write how you grew up in a world your therapist referred to basically as growing up in a combat zone. What does that mean?”

My brother was shot, cousin gunned down

“It means there was a lot of gun violence in my neighborhood,” Wilson answers. “I buried five of my friends before the age of 17. I lost family members. My brother was shot, my cousin was gunned down in front of my house and this stuff was happening every couple of months.”

Wilson grew up in a tough neighborhood in Washington, D.C. and was eventually taken in a chokehold by the violence impacting his daily life. He was sucked into the gangster life at 14 and got in deep in the years that followed.

He began carrying a gun. Once you carry one, you have to use it. Even if you don’t want to, the simple act of carrying a gun, increases those chances exponentially. One night, Wilson too, pulled it out when he felt threatened. He was 17. He killed the other man. A year later, he was sentenced to life behind bars without the possibility of parole.

“It was like receiving the death sentence,” he says about that shock. “As you can imagine, going to prison is like being teleported to another planet and I only weighed 120 pounds so I was super terrified of going into prison. As a child being charged as an adult and growing old and having to die there, I was terrified.”

Playing chess and the cello

Still, Noah points out, that was just the beginning of Wilson’s story. “Genuinely one of the most amazing stories I have ever read, because you set goals for yourself. You get into prison and then you decide you are going to make your life better in prison. Why?”

“I knew growing up my mom had instilled in me that I was a good person. I always wanted to be an entrepreneur. Growing up playing chess and playing the cello people in my neighborhood were like ‘Hey man, that ain’t cool, man.’ So I never applied myself. Once I was sentenced to life in prison and everyone was just like ‘Get comfortable. You’re gonna grow old and die there.’ I knew in my heart that I was a good person so I wanted to write a plan and apply that to myself and prove to everyone else that my life was redeemable.”

And he sure did. In the years locked up, Wilson got his High School diploma, a college degree in sociology, he taught himself to read, write and speak Spanish and Italian, went on to learn Mandarin, began a book club, started a career center, and more. He embarked on a journey of self-improvement that consisted of reading, working out, even starting a business.

Behind bars, he wrote his Master Plan: a list of all he expected to accomplish or acquire. He worked his plan every day for years, and in his mid-thirties he did the impossible: he convinced a judge to reduce his sentence and became a free man.

Free but not really

Though it may seem like all his worries would be over after breathing fresh air, it turned out very different. “It’s very strange,” he says. “You go into the bank with your company, my first company was profitable, I was making $20,000 a month. [And you] go into the bank and say: I need a $5,000 line of credit. Every bank told me no and eventually I found out it was because I was a convicted felon. It made it very difficult for me to be successful. That’s what happens to a lot of people when they come out of prison. You want to do the right thing and doors just shut everywhere you turn. Very difficult.”

It didn’t stop him. Applying his master plan to his daily life he became a successful social entrepreneur who employs returning citizens; a mentor; and a public speaker. In his book The Master Plan: My Journey From Life in Prison to a Life of Purpose he lists 30 things to do for your own master plan. Get his book to find out the entire plan, but let Wilson himself conclude with some tips.

Wilson: “Never give up. Never quit. And surround yourself with positive people that push you.”