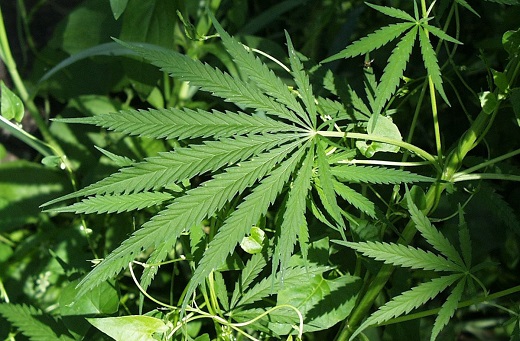 Mexican national Armando Javier Picazo Jimenez admitted leading a major marijuana trafficking cell on Wednesday as he pled guilty for his role in a conspiracy to traffic drugs from Laredo to the Dallas area via the use of tractor trailers. The 42-year-old drug boss faces a minimum of 10 years and a maximum of life in federal prison.

Authorities got wind of a massive drug organization responsible for the transportation and distribution of kilogram quantities of marijuana from Laredo to the Dallas area in August of 2013. They then identified Picazo Jimenez as the man in charge.

His contacts with Mexican sources arranged for the marijuana to be smuggled from Mexico to Laredo. The organization leased Laredo warehouses to stash and prepare the marijuana bundles for further transportation. Picazo Jimenez directed the operation and had others coordinate for cover loads and commercial truck drivers to pick up the marijuana for transportation to the Dallas area.

Three other members of the Picazo Jimenez drug trafficking organization – 38-year-old Armando Eloy Gutierrez, 33-year-old Javier Mota Villanueva, and 25-year-old Leopoldo Rodriguez III, all of Laredo - previously entered pleas of guilty to conspiracy to possess with the intent to distribute marijuana. All three are awaiting sentencing.

Gutierrez was in charge of finding warehouses for the organization to use and then soliciting shipping companies to transport trailers with marijuana and cover with loads of merchandise. He would also act as a scout by following the drivers through checkpoint. Once through, he would then drive with others to the Dallas or Fort Worth area to assist in receiving and unloading the drugs.

Mota-Villanueva worked at the warehouses. He wrapped the marijuana, moved pallets and loaded the drugs onto trailers. He would also travel to Dallas along with Gutierrez.

Rodriguez was tasked with wrapping marijuana and assisting with loading of narcotics onto trailers at a warehouse.

The investigation revealed three warehouses in Laredo that the organization used at different periods from on or about September 2013 to on or about July 31, 2014. They were located on the 1800 block of Aduanales, 200 block of Corpus Christi Street and the 1600 block of West Calton. Three separate marijuana loads were seized that originated from each one of the three warehouses, totaling more than 1600 kilograms.

Like Picazo Jimenez, Gutierrez and Villanueva face a minimum 10 years and up to life in federal prison. Rodriguez faces a minimum of five and up to 40 years imprisonment.