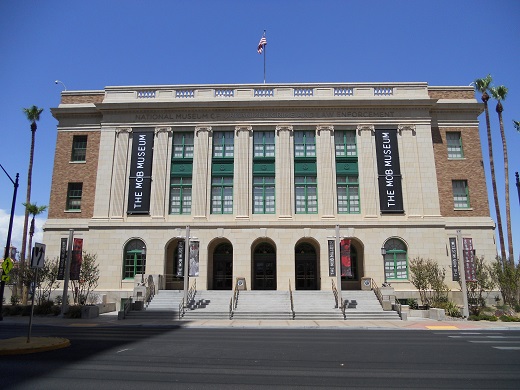 The Mob Museum in Las Vegas continues to bring its visitors the exhibits they want to see. From the barber chair in which mafia boss Albert Anastasia met his grisly doom, to clothing and weapons worn and used by real gangsters and those who played them on screen (Tony Soprano never dies) the Mob Museum has it all.

But the museum also offers its visitors the chance to meet the people behind the stories. Members of law enforcement, former mobsters, and also crime experts who have studied the subject so thoroughly they are able to give you the details as though they were present during those tense times.

One of those experts, award-winning author Peter Lance, will drop by the museum this coming Saturday, August 3, to deliver a presentation and sign his book, “Deal with the Devil.” His presentation will take place at 1 p.m. with the book signing scheduled to follow at 2:30 p.m.

Since 2001, Lance has been writing investigative books regarding the FBI’s counter-terrorism and organized crime track records. He is a five-time winner of the News & Documentary Emmy award and recipient of the Robert F. Kennedy Journalism award. In addition to “Deal with the Devil,” Lance has written three books for HarperCollins regarding international terrorism and the Green Berets.

Lance’s book details how the government’s relationships with organized crime went all the way back to the Kennedy presidency. In more than four decades as a violent gangster, Gregory Scarpa, Sr., served only 30 days in jail during the years when he was “closed” as an FBI source. For more than 30 of those years, a series of FBI agents intervened to keep the so-called Grim Reaper on the street. But that was not the most disturbing aspect of Scarpa's relationship with the government. In light of the 1,150-plus pages of the recently accessed FBI files on Scarpa, Sr., Lance argues the FBI's very playbook against La Cosa Nostra was defined and shaped by what the elder Scarpa fed them-particularly in the years from 1961 to 1972, when J. Edgar Hoover himself was on the receiving end of 34's Airtels. Drawing on secret FBI Airtels never before seen outside the Bureau, it is revealed how Gregory Scarpa, Sr., then a young capo for the Profaci crime family, led J. Edgar Hoover himself into the inner sanctum of the underworld. Once that alliance began, there seemed to be no turning back for the Bureau.

“They enlisted a hyper-violent killer to stop much less capable murderers,” says Ellen Resnick, defense attorney, whose work helped expose this unholy alliance. “It was the ultimate ends-justify-the-means relationship.”

The event is free with Museum admission but reservations are encouraged and may be made by calling (702) 229-2734 or via www.TheMobMuseum.org.