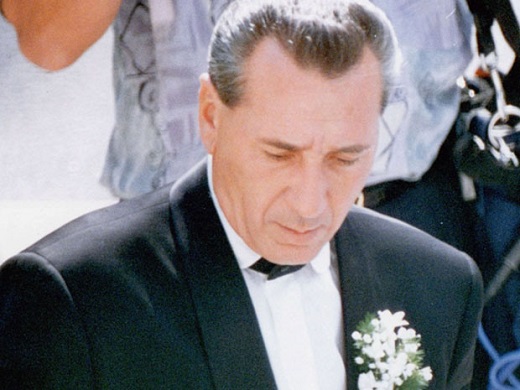 Vito Rizzuto, leader of the Mafia in Montreal, passed away today at age 67. He was hospitalized on Sunday for heart problems and was suffering from lung cancer. His death, of natural causes no less, comes as a huge surprise. Rizzuto was an enigma throughout his criminal career and had a knack for not just surviving the treacherous North American underworld, but emerging as its most powerful boss.

“The man known as the Teflon Don dies quietly? [It was] quite a surprise to many, many people,” Julian Sher, the senior producer of CBC's the fifth estate and an investigative journalist who has covered the Montreal Mafia extensively, told CBC News.

It’s an unnatural end for Vito Rizzuto, a man who was at the center of a war for underworld supremacy. A man who lost his son and his father to the violence that ripped through Montreal since his arrest for a triple murder made famous by the movie Donnie Brasco.

It was more than just a triple homicide, more than just a power play, for Vito Rizzuto though. It was meant to strengthen the ties between the New York Bonanno Family led by “Rusty” Rastelli and its Montreal faction led by Vito’s father Nicolo, who had seized control in 1978 when he arranged the violent death of Paolo Violi.

Three years later, it was Vito’s turn to show that he was truly mob royalty destined for a distinguished career in the Mafia. He did not disappoint. As a member of a four-man hit squad, he hid in a closet with a shotgun in his hands awaiting the arrival of three Bonanno Family captains who planned to overthrow Rastelli as boss.

As the men arrived, Rizzuto jumped out of the closet, aimed his shotgun and yelled “It’s a holdup!”

They didn’t stand a chance.

Before the smoke-filled room cleared, only two men remained standing: Joseph Massino and his brother-in-law Salvatore Vitale. All the others, including Rizzuto, had fled the scene. Yet, he’d find out that he could not run fast enough to escape what had just occurred. Massino would eventually become the new Bonanno Family boss, with Vitale as his underboss. When both men flipped and became government witnesses, it wasn’t long before Rizzuto heard a knock on his door.

But that was all in the future. That day, Rizzuto had done good. He had proven himself. With his father in firm control of the Montreal faction and the ties with New York stronger than ever, Rizzuto’s career looked golden.

In Montreal, Vito brokered deals and peaceful partnerships with and between the city’s various criminal groups. Mafiosi, Hells Angels, South American drug cartel guys, the Irish mob: They all respected and listened to Vito Rizzuto, who was fluent in English, Italian, Spanish, and French. There was no doubt there was a criminal hierarchy and that Rizzuto sat at the top of the food chain.

Hundreds of millions were pouring in from narcotics trafficking. The money was laundered through various companies in exotic locations before it came home to Montreal where it was invested in real estate and legitimate businesses.

Business was booming, but it was never enough. In the Mafia you come in alive and you go out dead. You are in it for the long haul, till they close your casket. And so father and son Rizzuto kept stacking millions on millions and participated in newer and bigger investments.

By the late 1990s, the Montreal faction had significantly outgrown the New York Bonanno Family. The student had become the master. While the New York mobsters were getting by on loansharking, gambling, and extortion, the Rizzuto Clan was involved in the prestigious construction project that would create a bridge between Sicily and Italy’s mainland Calabria. It was worth billions. Using his connections, Vito was looking to launder some of his ill-gotten gains through the project. The Rizzutos had established contacts with everyone, ranging from Mafiosi and politicians to Italy’s Royal family. And their influence didn’t stop in North America and Italy. They were involved in far-away places like Chile and Singapore as well.

Smart, smooth, and silent, the Rizzutos kept expanding their criminal empire. Nobody could stop them it seemed.

Until that that long awaited and much feared moment finally arrived. In the United States, Bonanno underboss Salvatore Vitale had spilled the beans and fingered Vito in the killing of the three Bonanno captains. The Feds hit Vito with an indictment and on January 20, 2004, members of the Anti-gang Squad of the Montreal Police knocked at the front door of Rizzuto's luxurious mansion in the Northwest of Montreal.

Three years later, standing in front of an American judge, Rizzuto pleaded guilty to participating in the hit on the three captains. He was sentenced to ten years, which he was to serve in the United States.

As Vito sat in prison, his Clan was experiencing quite a few setbacks. The first came in 2006 and was named Project Colisée, a huge police operation which saw the entire Rizzuto leadership under indictment and behind bars, including Vito’s father Nicolo.

The arrests left a large void on the streets of Montreal where gangsters now operated without the law and order that Rizzuto’s reputation provided them. Some even got ideas of becoming the new Vito Rizzuto. It was a recipe for disaster and Vito couldn’t do a thing about it as he sat in his cell. 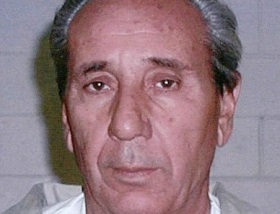 Weakened by Vito’s absence and the indictments of Project Colisée, the Rizzuto Clan was facing a hostile environment made up out of ambitious gangsters from various groups who had their eyes on the top spot.

Slowly but surely, the streets turned red with blood.

Fire bombings, kidnappings, and hits in broad daylight: Montreal was becoming the set of a movie produced by Quintin Tarantino and directed by Martin Scorsese. The peace maintained by Vito had disappeared and been replaced by all-out war.

One by one, people close to Vito were taken out of the equation. Two men on this list stand out. In 2009, a few days before Christmas, Vito’s son Nick Jr. was murdered in broad daylight. Almost a year later, in November of 2010, Vito’s father was killed as he was sitting down for dinner with his family at his mansion in Montreal, located next to the home of his imprisoned son. A sniper fired a round through the window, killing the 86-year-old mob boss as his family watched in horror.

As the media and public screamed outrage over the brazen killings and authorities were scrambling to find information about the assassins, Vito sat in his prison cell. Powerless.

In the months after, the general consensus was that Vito was finished as boss. He had no allies, he had lost his power, hell, would he even be up to the task after experiencing such a loss? Wouldn’t he prefer to simply retire and fade into the shadows rather than risk the death of his relatives or that of himself? 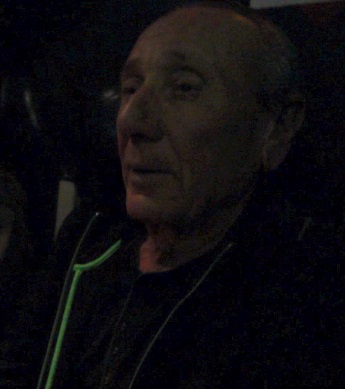 We got our answer in October of 2012 when Vito (right) was released from his American cell and put on a plane back to Canada. He did not pack his bags, nor did he take the first flight to South America. He went home to his Montreal mansion and settled back in.

Within a month of his return, Vito began exacting his revenge. It was swift, silent, ruthless, and bloody.

72-year-old Joe Di Maulo was shot to death in the driveway of his suburban Montreal home. He was once a friend of the Rizzutos but had switched sides when Rizzuto was in prison.

At the time of Di Maulo's murder, a police officer told newspaper the Star: “It's a clear message that there is no peace. There is no conciliation. It's a war: kill or be killed.”

“He was able to reassert power very brutally in Montreal and we saw, I think, something like close to a dozen murders and deaths related to that gang war. In fact, there was one shooting in Montreal just four days ago,” Julian Sher told CBC News.

Last month, wealthy Montreal baker Moreno Gallo was shot dead in front of a crowd of witnesses at an Acapulco pizzeria. The 68-year-old was executed three years to the day after Rizzuto’s father, Nicolo, was shot dead by a sniper in the kitchen of his mansion, in front of his wife and daughter.

Not very forgiving indeed. And with a long list of enemies he wished dead. Hence the surprise when the news broke that Vito Rizzuto, boss of the Montreal Mafia, had died of natural causes at a hospital. No shotgun blast. No sniper round. No bomb explosion. His heart just stopped ticking.

His death signals an uneasy and unclear future for a Montreal underworld already shaking from an ongoing mob war.

“Now that [Vito’s] gone it's going to unleash a lot of unprecedented jockeying for the - for his position, his power his financial empire - it's all going to be played out on the streets across Canada,” author Adrian Humphreys, who wrote a book about the rise of the Rizzuto family titled The Sixth Family, told CTV News.

Former RCMP organized-crime analyst Pierre De Champlain agrees, telling the Globe and Mail newspaper, “It’s news no one was expecting. This will trigger a lot of upheaval.”

The king is dead, long live the king!