Murder at the Drive-Thru: Bonanno family mobster shot in the head while getting coffee at McDonald’s 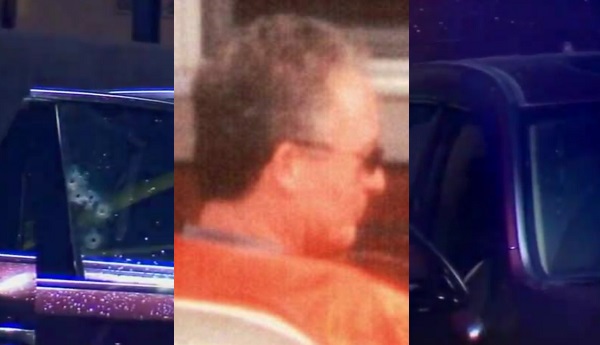 Sylvester Zottola had problems. The Bonanno family mobster was beefing with someone and that person was intent on murdering him over it. After surviving several attempts on his life, Zottola’s number was finally up on yesterday evening when an assassin shot him dead while he waited for his coffee at a McDonald’s drive-thru in the Bronx.

One medium coffee at a McDonald’s on Webster Avenue in the Bronx was the last order 71-year-old Sylvester Zottola got to place in his life. He didn’t even get to enjoy it. While he waited in his SUV around 5 p.m., another car pulled up and blocked his escape. A man got out and fired five closely placed shots through the Bonanno gangster’s car window.

Zottola was hit in the head, chest and shoulder and was pronounced dead on the scene. The hitman escaped and police have not made any arrest thus far.

In July, Sylvester’s son was the target and victim of a gangland hit when a gunman fired several shots at him from close range in front of his family home. The whole murder attempt was caught on video. 41-year-old Salvatore Zottola was hit by multiple bullets but miraculously survived the assassination attempt.

As is custom for those involved with La Cosa Nostra, the American Mafia, Salvatore refused to talk to police after the incident.

The attempt on Salvatore’s life was seen by investigators as a message to Sylvester, who himself survived three attacks in the past year. He was beaten over the head with a club outside his Bronx residence in September of 2017, threatened by a gunman who tried to get in his car a few months later, and stabbed in the neck by a burglar who had invaded his home. Though it remains unclear why someone wanted Sylvester Zottola dead, it is believed there is a link between these gangland-style attacks and his position as an associate of New York’s Bonanno crime family. He had close ties to Vincent Basciano, who was the family’s boss in the 2000s and is currently imprisoned for life for murder and racketeering.

Court documents show father and son Zottola supplied and serviced Joker Poker machines to businesses controlled by the Mafia during the 1990s and 2000s with their company D.A.Z. Amusements. Sylvester Zottola’s nickname was “Sally Daz”.