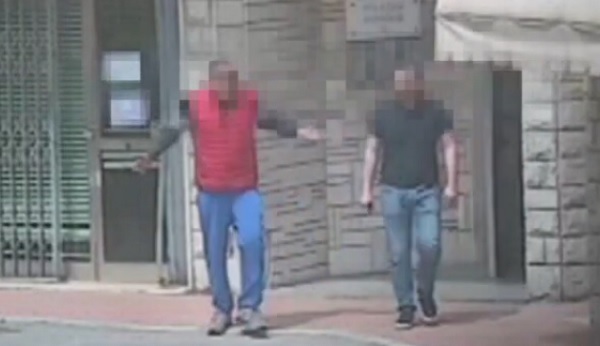 French and Italian authorities with support from Europol busted 46 individuals on Tuesday for their role in a large-scale ‘Ndrangheta-led drug trafficking and money laundering ring. 33 suspects were arrested in France and 13 in Italy. Photo above shows surveillance footage of suspects.

Over 550 police officers in France (in and around Paris and Provence-Alpes-Côte d’Azur) and Italy (Liguria) participated in the takedown on Tuesday. During the house searches, law enforcement officers seized weapons, a large amount of cash, counterfeited documents, drugs, vehicles and various assets from money laundering operations.

The investigation also uncovered the transfer of weapons, some of them military-grade. The suspects linked to the ‘Ndrangheta were reported to play an active role in cocaine and cannabis trafficking between the Côte d’Azur in France and Liguria in Italy, with supply chains from Belgium, Spain and the Netherlands.

Watch video of the operation below: