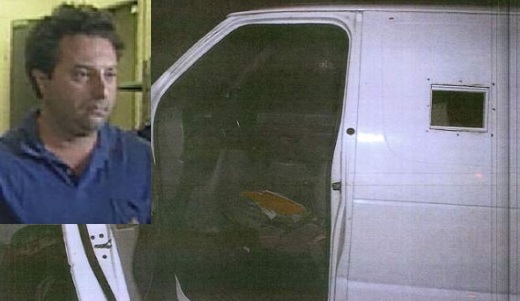 What were two mobsters doing inside a van outfitted with gun ports and with a .22-caliber sniper rifle and silencer inside? That’s the question authorities in New Orleans have as they continue to investigate how come two members of a thought to be extinct and relatively docile Mafia family were apparently getting ready to dish out death.

It all started on the night of May 7 with a tip from a source that there was a van with stolen plates driving on Metairie Road near the Orleans Parish line. When police pulled the van over they found it had a rifle with scope hidden under a piece of carpet in the back.

The rifle was cause for alarm but what truly horrified the cops was the van itself. It had been prepared for murder. Chairs were set up in the cargo area behind sliding glass windows that had been installed behind the driver's seat and in one of the back windows. The other windows in the back of the van had been painted over to conceal those inside. Underneath a sandbag that was holding one of the chairs in place, deputies found 8 feet of cannon fuse, which is used to set off an explosive device. 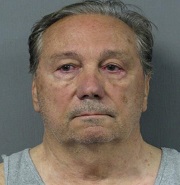 By itself the van caused huge concerns, but when police found out that it was being driven by 72-year-old Dominick Gullo (right), with 55-year-old Joseph F. Gagliano riding shotgun, alarm bells started ringing all over the place.

Gagliano’s father Frank was an underboss in the La Cosa Nostra family in New Orleans and Joseph himself had spent 3 and-a-half years in prison during the 1990s on racketeering charges that also snared his father, several others, and Anthony Carollo, the alleged boss of the New Orleans family. The men pleaded guilty to defrauding Bally Gaming, a supplier of video poker machines, using companies federal prosecutors said were Mafia fronts.

Besides the racketeering charges, Gagliano also pleaded guilty to running a card-marking scandal that swindled more than half a million dollars from a casino in Biloxi, Mississippi. That sentence ran concurrently with his sentence for racketeering and by 1999 he was a free man again. Well, maybe not entirely. As part of his plea agreement he still owed $250,000 in restitution to Bally Gaming. Up until that night in May he had paid about $4,000 back in total.

Questions, questions, questions, authorities haven’t found answers to yet. After cops pulled over stolen van they arrested Gullo on one count of possession of stolen property. He posted bail and was released. Gagliano was not detained at that time. Both men denied having any knowledge of the contents of the van.

Mafia or no Mafia in New Orleans, apparently omerta is still alive and well.

They remained silent even after both were charged in federal court with weapons offenses and remanded into custody. These new charges came over a month after they were pulled over. Despite all the time available to investigators they have not found any answers as to why these two men were sitting in a “murder van.”

“This isn’t just a trip back from buying some ammunition or running to the grocery store,” Rafael Goyeneche, president of the watchdog Metropolitan Crime Commission, told the New Orleans Advocate. “This is something very, very ominous and sinister.”