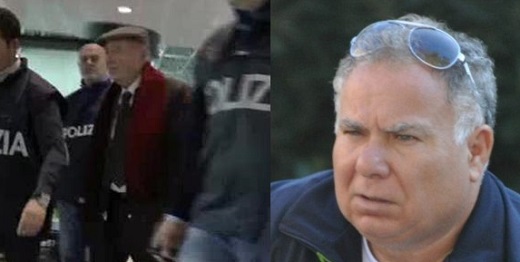 Police in Italy and the United States have busted up an international extortion racket run by the Calabrian ‘Ndrangheta and the Gambino crime family in New York. Eight people in both countries were arrested today, including Francesco Palmeri, who, authorities claim, is a high-ranking member of the Gambino family.

As is the case with many cases against American wiseguys, this one too has its origin several decades ago, thirty years to be precise. It was in the 1980s when Lorenzo Marsilio asked for a loan from Giovanni Grillo for his then-struggling company. Grillo was from the same town as Marsilio, but had begun a new life in Brooklyn, New York. He

was thought of as a man of wealth, and he was indeed able to help his friend out.

Grillo put up about $230,000, but Marsilio needed more, so Grillo (right) asked several other men to chip in some money as well. Those other men are said to have included men like Cesare Bonventre and Roberto Pannunzi.

And this is where a financial loan becomes more than just a loan. It becomes a favor.

You see, Cesare Bonventre was one of the leading Sicilian Mafiosi in the United States and an important member of New York’s Bonanno crime family. And Roberto Pannunzi was then, and still is, an influential international member of the ‘Ndrangheta. He is seen as the world’s most powerful drugs broker and has been called the Mafia’s Pablo Escobar. He was arrested by the DEA in Colombia last year.

In short, Marsilio owed a debt to the Italian Mafia.

In the years that followed, the businessman claims he repaid his debt with interest. Of course, that is how he views things. The mobsters saw things very differently. In 2012 he received a visit from Grillo who was accompanied by Salvatore Farina, the son of Sicilian Mafia boss Ambrogio Farina. The two men demanded he pay €1 million euros, 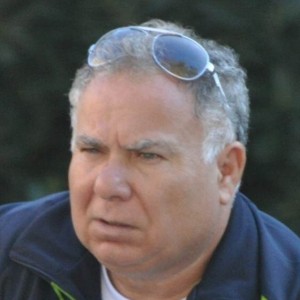 because… Well, fuck you! Pay me!

A stunned Marsilio refuses to pay. And pretty soon after that meeting he starts receiving threats.

This is also where the 61-year-old Palmeri (right) enters the picture. Palmeri lives on Bath Avenue in Brooklyn, New York, but was born in Castellamare del Golfo, Sicily. Just like Cesare Bonventre. Back in the 1980s, both men moved around in the same circles. While Bonventre hooked up with the Bonannos, Palmeri became a made guy in the Gambino crime family.

Though Bonventre was killed in 1984, a debt owed to one member is a debt owed to the entire organization – and Sicilian mobsters consider themselves part of the same thing: Cosa Nostra, our thing. Thus, in 2013 Palmeri made two trips to Italy to personally intimidate Marsilio to get him to pay up the money. When that didn’t work, Marsilio began receiving postcards signed “Your friends in Brooklyn.”

Spooked, the businessman ran to the police.

Besides Palmeri, other suspects arrested in raids in Italy and the United States are Giovanni Grillo, who was apprehended at Milan's Malpensa airport as he was boarding a plane to the United States, Salvatore Farina, Michele Amabile, Carlo Brillante, Daniele Cavoto, Francesco Vonella, and Raffaele Valente.

They face charges of extortion and mafia membership.