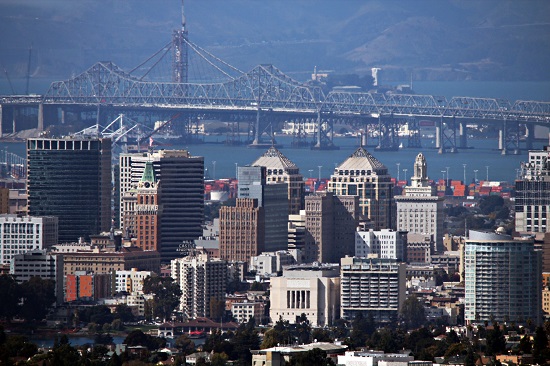 Oakland gangster Damion McDaniel had quite a violent couple of days in late January 2013. In the timespan of just under thirty hours, he shot a gang rival and an Oakland Police Officer. His actions earned him a 33-year prison sentence on Wednesday.

Together with three other gang members from the Seminary neighborhood in East Oakland, known as “Sem City,” McDaniel shot a rival gang member in a street-corner ambush. The four men converged on the man who was standing at a bus stop. After a volley of gunfire, one of them ran up to the rival lying on the ground and shot him in the head from close range. Despite their professional execution, their target did not die.

The next day, after receiving a tip that the get-away car was located in an apartment complex in East Oakland, an Oakland Police Officer went to investigate and was attacked by McDaniel and two other gang members.

The officer resisted their attack, but was restrained and struck in the head as the assailants threatened to kill him. McDaniel shot the officer in the arm when the officer refused to give up his service pistol.  The officer sustained injuries to the head and forearm.

A federal grand jury indicted McDaniel on December 19, 2013, and charged him with organized crime violations, including racketeering, attempted murder, assault with a deadly weapon, and use of a firearm to further a crime of violence. 27-year-old McDaniel pleaded guilty on April 27, 2017.

Two other gang members who were also indicted in the federal case, Deante “Tay Tay” Kincaid and Joseph “Junkie” Pennymon, pleaded guilty to their roles in the offenses last month. The prosecution was the result of an investigation led by the Federal Bureau of Investigation, and, at its earlier stages, the Oakland Police Department.