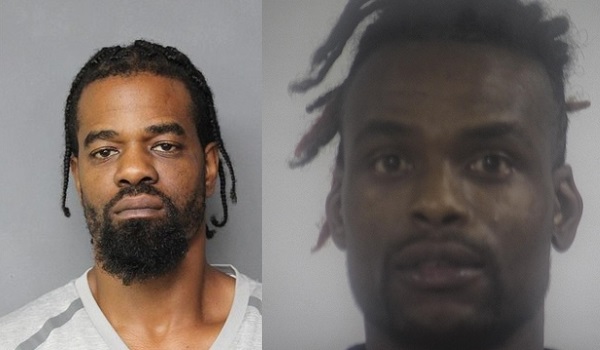 The drug game is played with lots of players and without borders. Something police discovered once more during Operation Goodfellas when they took down several members of an international narcotics pipeline stretching from Mexico to Virginia.

Nearly 150 law enforcement officers from the FBI, DEA, Norfolk Police, and the U.S. Marshals participated in the operation on Tuesday morning in Norfolk, executing arrest warrants on five Hampton Roads men for their alleged participation in a $19 million drug trafficking conspiracy. One man remains a fugitive.

According to allegations in the indictment, from approximately 2009 to present, several significant drug traffickers from the Ingleside section of Norfolk have been involved in distributing large quantities of heroin, cocaine, crack cocaine and marijuana.

Through June of 2018, law enforcement made a total of 29 controlled purchases from the defendants. Evidence obtained in the Summer of 2018 established that Barnes’ local source of supply was obtaining large amounts of cocaine and heroin from a Los Angeles based source of supply.

The cocaine was being trucked to Virginia and off-loaded at a public storage facility in Virginia Beach in 10 and 20-kilo loads. In June 2018, Williams was arrested with 13 kilograms of cocaine (with a street value over $500,000) when he tried to transfer the cocaine from an apartment in the luxury ICON apartments in downtown Norfolk to another luxury apartment on Granby Street.

Additional evidence led to the arrest of two members of the California and Mexico-based drug trafficking organization, 20-year-old Jose Moices Luna-Abrego, of Los Angeles, and 39-year-old Ulises Abel Garcia-Razo, of Mexico, after they flew to Virginia to attempt to retrieve some of the cocaine previously shipped and collect over $500,000 in proceeds. Luna-Abrego and Garcia-Razo were arrested in July 2018 in a successful hotel sting operation conducted by FBI, DEA and Norfolk Police.

Investigators estimate the amount of narcotics this drug trafficking organization is responsible for distributing is 11 1/2  kilos of crack, 436 kilos of cocaine, 54 kilos of heroin, 1 ounce of fentanyl and over 20 pounds of marijuana, with a street value over $19 million.

First thing to do if I’m running a 19 million ( nice round number by the way. Sure it’s not 19,000,050 dollar ring come on FBI)dollar drug ring. Is to cut those cornrows so I don’t look like every cocaine dealer ever arrested.Maybe try bringing back the Jehri-curl or kid n play fade. Tell cops “ Are you fucking serious, I don’t even look like a scumbag drug dealer.”My guess,they buy it. Let your ass go.Beats that gazillion dollar lawyer or P.D.