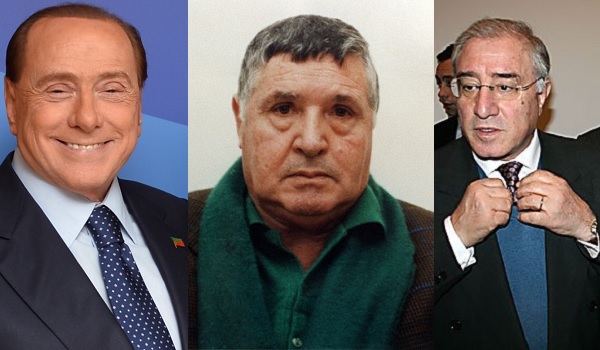 A secret pact between the Sicilian Mafia and the Italian State has resulted in the conviction of eight men, including Mafia bosses and police and government officials, among them a close political associate of Silvio Berlusconi. The pact was made in the 1990s to bring a halt to Cosa Nostra’s bloody war against the Italian government.

The eight men found guilty on Friday face prison sentences ranging from 8 to 28 years. The road to the guilty verdict was long and arduous. The trial began in 2013 and offered an insight into the shadowy dealings between the government and the Mafia.

“As judges were being blown up, some people in the State helped Cosa Nostra,” prosecutor Nino Di Matteo told the media after the verdict was announced. “This is a historic ruling.”

He and fellow prosecutor Antonio Ingroia were able to prove that members of Italy’s police and political government were working closely with Mafia bosses to ensure a positive outcome for both parties. If Cosa Nostra would stop its campaign of terror, the government would reduce the sentences of imprisoned Mafiosi.

In the early 1990s, after scores of Mafiosi were convicted in the so-called Maxi-trial, Corleonesi boss Salvatore “Toto” Riina (photo above, center) initiated a violent strategy to subdue the government. It began in Sicily with the killing of Anti-Mafia prosecutors and politicians, and later continued on the Italian mainland, with bombings in Milan, Florence and Rome.

Mafioso Antonio Cina is alleged to have written Cosa Nostra’s demands (called papello), which were then sent on via intermediaries to high-ranking politicians like Marcello Dell’Utri (photo above, right) who passed them on to prime minister Silvio Berlusconi (photo above, left). Dell’Utri is the co-founder of Berlusconi’s Forza Italia Party.

“The relationship didn’t stop with Berlusconi, the entrepreneur, but arrived at Berlusconi, the politician,” Di Matteo said. After the verdict, Berlusconi released a statement in which he denied having any links to the Mafia.

Dell’Utri received a 12-year prison sentence. He is already serving a 7-year sentence for fraud and Mafia association.

The longest sentence – 28 years - was handed to Corleone Mafia boss Leoluca Bagarella. He is already serving life after being convicted of murder. Cina, a member of the San Lorenzo family in Palermo, was sentenced to 12 years in prison. He too was already behind bars.

The men responsible for having the final say in these negotiations with the State – bosses Salvatore “Toto” Riina and Bernardo Provenzano - passed away during the trial. Provenzano died in 2016 at age 83. Riina died a year later at age 87. Both men were already serving life terms.