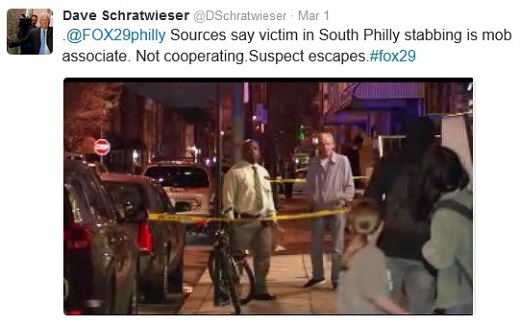 DePena was stabbed in the chest on Wednesday night on the intersection of 11th and Oregon in South Philadelphia. When police arrived on the scene, DePena refused to provide them with information regarding who had stabbed him. He was transported to the hospital and looks to recover from his wound.

Exactly why DePena was stabbed remains unclear. The knife is an unusual murder weapon for a modern-day Mafia hit, and the location itself seems to point toward an argument gone awry. If the motive behind this stabbing does become clear, we can trust on Dave Schratweiser to post about it on his Twitter account so go and give him a follow.