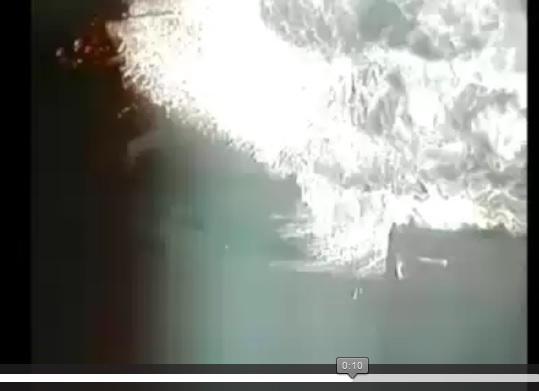 Australia Day started with a bang for the Bandidos motorcycle club in Geelong, Australia, when an explosion ripped through their clubhouse on January 26. Despite CCTV images of the explosion, police have few leads and yesterday launched an appeal for more information.

As can be seen in the video below, the explosion was ferocious. Authorities believe the culprits – two men - used a power gel and a detonator to set off the attack on the clubhouse. Right before the explosion the two men, wearing hoodies, can be seen calmly dropping off the explosive before running away in a hurry.

“We don't know what's behind the attack,” Victoria Police Detective Senior Constable Ashley Hager from the Echo Task Force told reporters. “There's no information to suggest that it's a targeted attack by another outlaw motorcycle gang. “It could be the result of infighting amongst their own club.”

Whatever caused the attack or who is behind it, the Bandidos bikers aren’t telling.

Police’s strongest lead right now is the vehicle involved in the attack. “It's a dual cab white four wheel drive, it could be a Toyota Hilux but we're exploring all other vehicles similar to that,” Hager said. The vehicle has a hard canopy and a distinctive black snorkel.

For more information or clues, watch the CCTV footage. Anyone with information is asked to call Crime Stoppers on 1800 333 000.