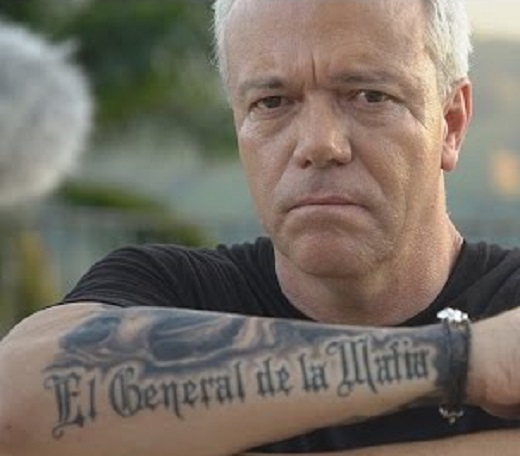 It’s hard to become a new person. If you’ve spent years of your life trafficking drugs, committing kidnappings, robberies, and brutal murders all the while surrounded by like-minded men then changing yourself isn’t just hard, it becomes impossible.

Jhon Jairo Velásquez Vásquez (photo above), a man who was once one of drug lord Pablo Escobar’s most trusted and prolific hitmen, couldn’t do it. As self-proclaimed commander of Escobar’s Medellín Cartel network of sicarios, he confessed personally committing over 250 killings and ordering 3,000 others.

Among his victims are scores of influential people like Andres Pastrana Arango, who was kidnapped by Vásquez and his crew and who would later become President of the Republic; Francisco Santos, who was also kidnapped and would go on to become vice president; and Presidential candidate Luis Carlos Galán Sarmiento, who was assassinated.

As a result of his crimes, Velasquez Vásquez, who went by the nickname “Popeye,” was sentenced to 52 years in prison in 1992.

But he was released early, in 2014, and immediately took to the limelight when Escobar’s story was being shown around the world in the hit Netflix television series Narcos. He became a media darling and minor celebrity.

Authorities, however, say his new career was just for laughs. In the background, he continued doing what he knew best: Crime. Colombian police arrested “Popeye” in Medellín yesterday and charged him with extortion and criminal conspiracy.

They claim he had been extorting money from figures who had worked as frontmen for Pablo Escobar and had assets in their name linked to the Cartel’s criminal activities.

“He was trying to recover property [and] money that he left years ago in the hands of narcos, and that very likely was inherited or received by their relatives, who are the ones who have been pressing and are the ones who denounced him,” a source told El Tiempo about the charges.

Leaving one's criminal past behind is not an easy thing to do. Not just for Popeye, apparently. Once you're in, the criminal underworld is very hard to get out of. Especially when people remember your crimes.