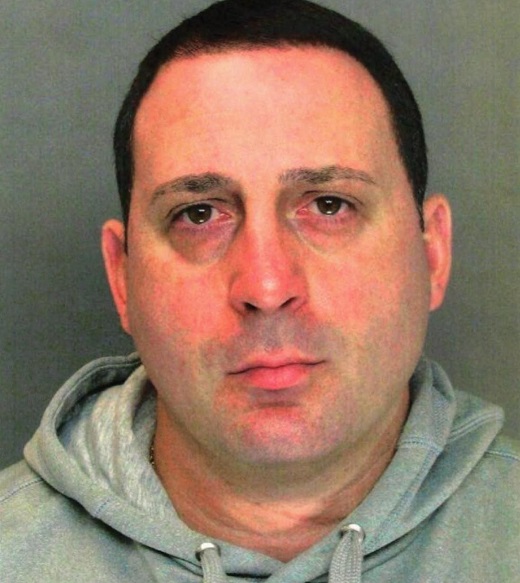 Ronald “Ronnie G.” Giallanzo is described by authorities as a career criminal. His criminal record is pretty voluminous, which isn’t strange considering he’s been a made member of New York’s Bonanno crime family for nearly two decades now. Add to that the fact that his uncle is 82-year-old Bonanno family capo Vincent Asaro, and you have all the ingredients for a long and interesting career in La Cosa Nostra.

With Vinny Asaro as his Mafia role model, Giallanzo had a very enterprising gangster to look up to. A longtime Bonanno mobster, Asaro goes back to the days of the old mob bosses and was involved in plenty of rackets. He was even alleged to have been a participant in the 1978 Lufthansa heist made famous by the movie Goodfellas, though he was acquitted in court of those charges in late 2015.

Giallanzo, in turn, was a natural when it came to mob business. Arson, extortion, gambling, and violence were all in a day’s work. Authorities caught on though, and in 2007 he was sent to prison for racketeering and extortion. It was a sentence that came back to haunt him after he got out.

In December of 2015, he and several others attended a Christmas party at Bocelli's restaurant on Staten Island. Just the usual holiday event, a casual observer might say, but authorities saw something different. Behind the socializing lay a much more sinister reason for these men to be there: They were all members of the Bonanno crime family, present to pay tribute to their boss Joseph Cammarano Jr. Furthermore, Giallanzo’s presence was a direct violation of the conditions of his parole that dictated he do not associate with certain individuals. So, on March 18, 2016, he was on his way back to prison after being sentenced to one year and one day behind bars.

One year and ten days later, 46-year-old Giallanzo was back in handcuffs standing in court together with nine other alleged Bonanno mobsters. Authorities said he had been made an acting capo in the Bonanno family in 2014 and that he ran a violent crew involved in loansharking, illegal gambling, extortion, drugs trafficking, and robbery.

Giallanzo and several crew members were also hit with charges related to their roles in the attempted murder of a drug dealer who was shot and wounded in 2006 - the man had tried to rip them off. Giallanzo is alleged to have gotten rid of a gun used in the incident.

According to the indictment, “On or about June 28, 2006, the defendant RONALD GIALLANZO retrieved from a co-conspirator a firearm that was used to attempt to murder John Doe #5 and discarded the firearm.”

The violence – attempted murder, beatings - was all in order to protect the group’s lucrative businesses, authorities allege. Giallanzo ran a $3 million-dollar loansharking operation that earned him $10,000 a week in interest. He spent his ill-gotten gains on a lavish lifestyle, which included his home in Howard Beach, Queens, which he frequently upgraded with renovations causing it to become a bona fide mansion indicative of his stature in the mob.

Prosecutors aim to seize this product of his alleged criminal lifestyle when Giallanzo is convicted. But it seems the Bonanno capo won’t go down without a fight – or at the very least is taking a look at his options. He pleaded not guilty when he was arraigned in court.

He now has time to think. Not just about himself, but his uncle Asaro as well. Asaro was busted a week earlier together with the grandson of deceased mob boss John Gotti and charged with arson. It’s a fitting situation for the two career wiseguys, both from two different generations, but stuck in the exact same predicament.