Yet, he never really existed. Francisco de Castro Visconti was just an identity used by Camorra hitman Pasquale Scotti (photo above.) During his 31 years as a fugitive, Scotti established a new life in Brazil while a bloody war raged through Naples.

To manage to not only evade justice for almost 31 years, but to also set up a brand new life – complete with voting rights and successful businesses – is evidence of Scotti’s street smarts and savvy, behavior he first displayed back in the 1980s as a hitman for Raffaele Cutolo, boss of the Nuova Camorra Organizzata (NCO) or “New” Camorra Organization.

Though the Camorra had been active in the Campania region of Italy for decades earlier, Cutolo felt it had deviated from its origins and needed a return to its old ways. While in prison, he began recruiting young inmates into his organization. Once a member, the NCO took care of you and your family, in a good way. If you were sent to prison – again – the NCO would make regular payments to your relatives.

Cutolo’s leadership and power inside prison and his organization’s control outside it guaranteed a quick growth of the NCO, something the other, traditional, Camorra clans eyed with extreme suspicion.

As the NCO grew in numbers and strength, it became bold enough to make its move. In 1979, Cutolo demanded a cut from traditional Camorra boss Luigi Vollaro’s illegal gambling centers and lottery in Portici. Vollaro sought help from the more powerful Giuliano clan – which he got. A squad of assassins was assembled resulting in dozens of gangland murders related to this dispute that year.

In the ensuing war mobsters of both groups were killed, bombs were detonated, and bookmakers offered Neapolitans bets on whether the murder rate would go up or down. It peaked in 1982 when 264 people lost their lives in the carnage.

It was during this time that Pasquale Scotti made his mark as a capable hitman - authorities suspect Scotti’s involvement in more than two dozen murders. He was one of Raffaele Cutolo’s most feared assassins and also one of his most loyal friends. He commanded Cutolo’s military wing.

The hostilities between the NCO and NF ended after authorities cracked down hard on the warring groups. In 1983, during several “maxi blitzes,” hundreds of Camorristi were arrested and sent to prison. Cutolo was moved to a maximum security prison on an island near Sardinia to prevent him from communicating with his underlings.

After Cutolo’s move to a maximum security prison, Scotti tried to reorganize the ranks of the NCO. But within a short time he too was arrested. On December 17, 1983, after a bloody shootout with police in which he was wounded, Scotti was brought in. After his arrest, he played an extremely dangerous game when he told authorities he wanted to cooperate and become a “pentito,” turncoat. It was a ruse. While at a hospital in Caserta to receive treatment for the injuries sustained in the gunfight with police, he escaped and disappeared for the next three decades.

He was like a ghost. His presence was reported in Lombardy and various countries in Eastern Europe and South America. Renato Natale, the anti-mafia mayor of Casal di Principe, told The Guardian newspaper: “In the early 1980s [Scotti] was a big fish, but after that, when he became a fugitive, no one heard of him anymore.” There were rumors he had died, was murdered or had switched to the ‘Ndrangheta. An international warrant for his arrest was issued in 1990 and he was also placed on Italy’s most wanted list. 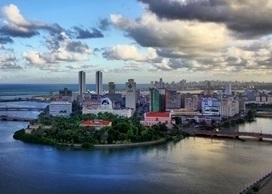 By then he had already been living in Brazil for four years. He settled in Recife, a city (right) surrounded by tropical rainforests and sunny beaches. In 1995, he married his Brazilian wife with whom he has two sons. They lived in the Recife’s Sancho district.

Ten years later, back in Italy, Scotti received a life sentence in absentia for 26 murders.

Despite his seemingly permanent disappearance, Italian authorities never quit looking for him. Some Italian media are saying police received information about his current whereabouts from pentiti, turncoat mobsters. Whether this information is true has yet to be confirmed.

What is true, however, is that the law was on to him. Yesterday, after 56-year-old Scotti - or Francisco de Castro Visconti - dropped off his two sons at school, four police officers swooped in and placed him under arrest.

At first he denied being the NCO hitman and loyal henchman of Cutolo, but then surrendered saying, “It's me, you've got me. Pasquale Scotti no longer exists, he died in the eighties.” 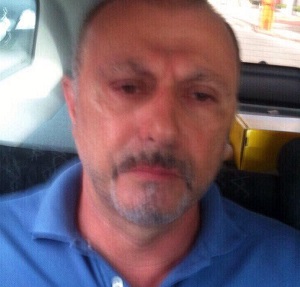 Perhaps he did. Maybe he buried his old self much like Viggo Mortensen’s character in the 2005 film A History of Violence. But there is no denying he once was that person. A man who committed horrendous crimes. You can’t run from your past.

Of which his new family apparently knew nothing. “He told us in a statement that his family was not aware of anything,” said Giovani Santoro, the communications officer of the Pernambuco federal police force.

Scotti could be protecting his family from prosecution, but he is probably telling the truth. Not telling his new wife about his past was the smart thing to do. It’s one of the reasons he stayed hidden for so long.

Unfortunately for him, he now faces justice in Italy. As a member of the New Camorra Organization he is going back to the place where the seed of his organization was planted. In a small concrete room with bars. No doubt he’ll see a lot of old faces he hasn’t seen in a long time.