New York’s Genovese crime family has a new official boss. Liborio “Barney” Bellomo has ascended the ranks and, according to authorities, is now firmly in control of America’s largest and most powerful Mafia family.

You have to hand it to them, while other mob families have been decimated by law enforcement and turncoats, becoming not much more than a dysfunctional pile of rubble, the Genoveses continue to run a sophisticated, well-oiled criminal enterprise with over 200 made members and capable, intelligent bosses. 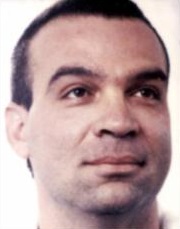 Bellomo’s (left) ascension to the top of the Genovese family is the latest proof of that. Born on January 8, 1957, Bellomo had already been handpicked to become acting boss of the family in 1990 by then-boss Vincent “Chin” Gigante, while he dealt with heat from the feds.

Though Bellomo, no doubt, viewed it as an honor, but his new rank also became an immediate burden as the FBI came crashing down on the rising mobster in 1996.

Authorities tried – and failed – to link him to the 1991 gangland murder of drug dealer Ralph DeSimone, who was found shot to death in the trunk of his car at a LaGuardia Airport parking lot in the summer of that year. The mob believed DeSimone was an informer and thus killed him, prosecutors said.

Acting on information provided by turncoat and former Lucchese family acting boss Alphonse D’Arco, who claimed Bellomo had authorized the DeSimone hit, the FBI put Bellomo through the wringer. He underwent, and passed, several separate lie detector tests where he denied knowing anything about the murder.

He was then subjected to a prison visit by federal agents who shaved his head and helped themselves to hair samples from his legs and arms. They were looking for lithium, a psychoactive drug that, an informant told them, Bellomo had taken to help him pass the lie detector tests.

The drug tests came back negative, however, and authorities had no choice but to back down on the murder charges.

As one of the defense lawyers noted, “Given the current state of expertise in polygraphy and the credentials and expertise of the polygraphers used here, there can be little doubt that Bellomo and [acting Genovese family underboss] Generoso are legally and factually innocent of the homicide charges.”

Bellomo then reached a plea deal in the case that snatched him and dozens of other Genovese gangsters on charges including labor racketeering, bookmaking, and the long-time extortion of vendors at the San Gennaro Festival. He was sentenced to 10 years in prison and had to forfeit about $250,000 of his ill-gotten gains.

Sitting in prison, Bellomo found out that the FBI was not finished with him yet. In July of 2001, they hit him with money laundering charges, claiming that he took part in a conspiracy in which money was embezzled from pension funds of dock workers in the International Longshoremen’s Association (ILA).

He allegedly laundered the stolen union funds with mob associate Thomas Cafaro, son of Vincent “Fish” Cafaro, a Genovese soldier who flipped in 1986 after facing serious charges himself. In the weird ways of the Mafia, Thomas sided with his mob family against his father. Though his father’s cooperation ensured Thomas would get a pass on various racketeering charges, he insisted on pleading guilty and going to prison to assure his Mafia brothers that he was nothing like his ‘rat’ father.

Now, Cafaro stood beside Bellomo. If authorities hoped Thomas would show them he had his father’s blood and inform on his mob superiors they were sadly mistaken. Cafaro took a seven-year sentence and refused to cooperate.

George Barone, another Genovese mobster-turned-informant, later gave authorities some background on the relationship between father and son Cafaro and Barney Bellomo and the Genovese family mob. Barone said that Bellomo told him that “Fish Cafaro did not fully cooperate with the FBI” and withheld much information about the Genovese family “because of an agreement he made with Bellomo.” In return, Barone said, “Bellomo protected his son Tommy from retaliation” for his father’s sins.

Talk about a maze of loyalties.

As a result of the ILA indictment, in 2003, Bellomo pleaded guilty to labor racketeering charges on the New York and New Jersey docks and added four more years to his sentence.

By the end of 2008, Bellomo was officially a free man again. He returned to a new underworld. One in which snitches were everywhere, bosses flipped on their underlings, and the FBI and NYPD were actually downsizing their teams that focused on organized crime, turning their eyes on terrorists and violent gangs instead.

Back on the streets he was the most likely candidate for the top position. He was groomed by the man himself, Vincent Gigante, the last old school boss of the family. He had the credentials, the know-how, the reputation, and had done the time. 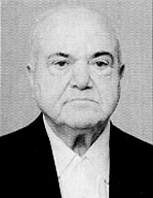 They allege he uses capo Peter “Petey Red” DiChiara as a middleman – a street boss - between himself and family captains to pass orders and information back and forth. Much in the same way “Chin” Gigante did with “Fat Tony” Salerno (right).

These sources also tell Gangland News that “Bellomo earns substantial rental income every month from numerous apartment buildings worth millions of dollars that he owns in the Bronx and northern suburbs — where he still resides when he is not in his Miami Beach condo on Collins Avenue. Bellomo also has financial interests in construction companies that he uses to repair and refurbish rundown apartment buildings he buys.”

Despite all these allegations, however, there is no evidence yet of any wrongdoing. Or, as one anonymous law enforcement source told Gangland News, “I'm not saying we can prove he's committed a crime, but there's no doubt that he's the boss of the crime family.”