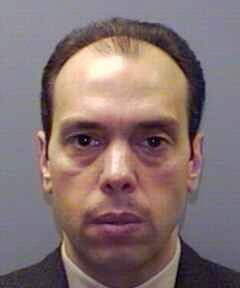 Joseph Denti Jr. is an alleged captain in the Genovese crime family’s New Jersey branch. His father – who was also a Genovese mobster - worked the Bronx streets as a loan shark. In the 1970s he forged friendships with several actors, chief among them Joe Pesci. Denti Sr. moved to Beverly Hills where he is alleged to have made millions from various business deals. When he passed away in 1996, Pesci, singer Cher, actor Robert De Niro, and Cathy Moriarty came to pay their respects.

As far as we know, Denti Jr. has no such Hollywood connections. But just like his father, he has a knack for making huge sums of illicit money.

In March of 2016, the 56-year-old Genovese family wiseguy was arrested and charged with stealing $350,000 from people who believed they were investing in medical ventures. Instead of putting the money where they promised, prosecutors allege Denti Jr. and three co-defendants pocketed the cash for themselves.

He faces charges of conspiracy, theft by deception, and money laundering.

In the first scheme charged in the case, in 2011, Denti Jr. and two co-defendants allegedly stole $250,000 from a doctor by convincing him to advance that amount for a bogus investment involving a surgical center. They allegedly diverted his funds for their personal benefit.

In the second scheme, in 2014, Denti Jr. and a co-defendant allegedly convinced a married couple to invest $100,000 in a blood-testing laboratory by falsely claiming to be joint owners of the lab. The couple’s money allegedly was diverted to Denti and two co-defendants. It is further alleged that Denti laundered money using the bank account of another blood laboratory, which formerly was owned by one of the defendants but which he sold. Several shell companies were also allegedly used by the defendants to launder money.

“These defendants convinced their victims that they had the inside track on great investments in the health care industry, but we allege that they’re really nothing but hustlers and con artists,” said Acting Attorney General Lougy. “Behind the slick sales pitch, there was never any real investment, and we charge that the defendants quickly diverted the investor funds for their personal use.”

“Beginning with a lead from our prior case against Francavilla, we followed the trail of stolen money and broken promises that these defendants allegedly left in their wake,” said Director Elie Honig of the Division of Criminal Justice. “This case is another strong example of how we are aggressively targeting financial fraud.”