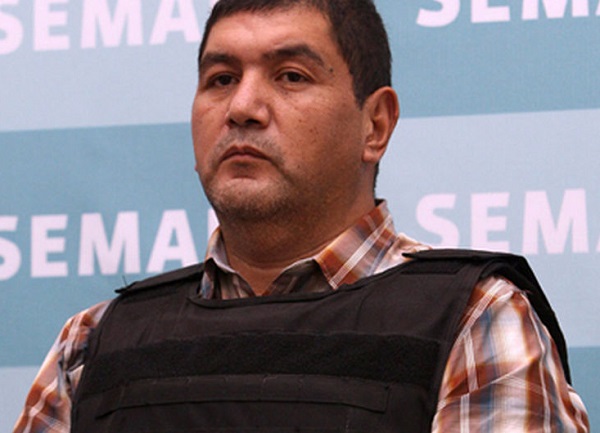 Sometimes a nickname tells you all you need to know about a person. They called Los Zetas Cartel boss Ivan Velazquez Caballero “El Talibán.” They did so because just like his namesake in Afghanistan he chopped off heads and put them on display. It was the kind of viciousness that made his rise through one of Mexico’s most violent cartels possible.

That rise was anything but expected. Born on February 10, 1970, in the city of Nuevo Laredo, Tamaulipas, near the border with the United States, Velazquez Caballero was just an ordinary criminal, stealing cars to make a peso. His crimes earned him time behind bars, after which he got his start when he began working for more powerful gangsters operating in the world of international drug trafficking.

His most powerful mentor was Heriberto Lazcano Lazcano, only four years his senior, Heriberto already had a hugely successful resume. He had been part of Grupo Aeromóvil de Fuerzas Especiales (GAFE), the Mexican Army special forces, before he chose money and power over honor when he became a leading member of the armed wing of the Gulf Cartel and, after a split, of the infamous Los Zetas Cartel.

With the support of Lazcano Lazcano, Velazquez Caballero was made a plaza boss for Nuevo Laredo in 2004 under the Gulf Cartel and one of the bosses of the Los Zetas Cartel from 2005. As a plaza boss, he oversaw all business in that particular area. He got a cut from every crime or legitimate business there. And it was his drugs that was sold throughout the region.

And he did well. As he rose through the ranks he began commanding an army of over 400 men - criminals, pimps, accountants, and hitmen. Putting them to good use, Valezquez Caballero became a lot more sophisticated than the petty car thief he started out as. He turned himself into a financial wizard, laundering millions for Los Zetas.

It was quite the achievement considering that he was surrounded by trained military men. Despite his background as a street thug, he continued climbing to the top echelons of the organization. Authorities took notice.

By 2009, he had officially become one of Mexico’s 37 most wanted drug lords and later, in 2010, the United States Department of the Treasury sanctioned him under the Foreign Narcotics Kingpin Designation Act, for his involvement in drug trafficking.

As authorities were turning on the heat, Velazquez Caballero was feeling heat from his former colleagues as well. A rift had grown within Los Zetas and pitted two factions against each other. In one corner stood the group led by Heriberto Lazcano Lazcano, in the other stood Miguel Treviño Morales’ faction. Velazquez Caballero stood by his boss, Lazcano Lazcano. Countless bodies and parts were dumped across Mexico as the two parties went to war.

In the midst of these bloody massacres, on September 26, 2012, Velazquez Caballero was arrested by the Mexican Navy in the state of San Luis Potosi. On November 21, 2013, he was extradited to Laredo, Texas, in the United States to face a criminal charges stemming from a February 17, 2010, indictment charging Velazquez Caballero and 33 others with 47 counts alleging drug conspiracy, kidnapping conspiracy, firearms conspiracy, money laundering conspiracy, conspiracy to kidnap and murder U. S. citizens in a foreign country, use of juveniles to commit a violent crime, accessory after the fact, solicitation, as well as substantive money laundering, drug trafficking and interstate travel in aid of racketeering charges.

Ivan Velazquez Caballero eventually pleaded guilty and on July 21, 2017, the 47-year-old drug lord was sentenced to 30 years in federal prison and a forfeiture order of $10 million. Since he is not a U.S. citizen, Velazquez-Caballero is expected to face deportation proceedings when he is released from prison.