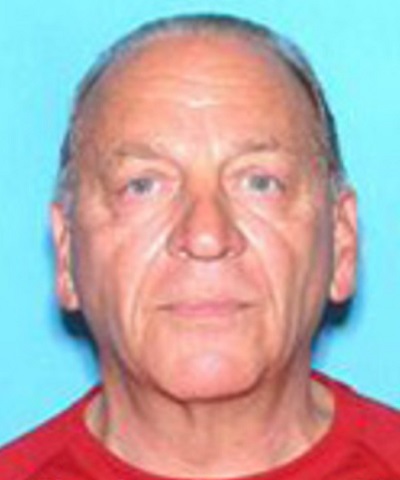 Long distance relationships are hard, but running a New Jersey Mafia crew from Las Vegas is close to impossible. New Jersey mob captain Charles Stango (photo above) tried, though. In the process he gave the FBI gems like this: “The ending ain’t going to be good. I’m taking no prisoners.” The feds do take prisoners and hit him with murder and racketeering charges.

New Jersey’s DeCavalcante crime family has always been considered the smaller cousin of the surrounding five families in New York and the one in Philadelphia. Labeled everything from “peasants” to “the famers” the DeCavalcante family was looked down upon by many involved in “the life.” Despite being a small family they did have control over the unions and construction which enabled them to carve out a nice piece of the pie. However, after some pressuring they eventually fell firmly under the influence of the New York Gambino family.

Or, as DeCavalcante captain Charles Stango puts it, “And now we run under the fuckin’ Gambinos.”

Stango has a way with words. After serving over ten years in prison he was released in 2012 and settled in the city of Henderson, a suburb of Las Vegas. Voted as America’s safest and best place to live multiple times in recent years, Henderson is not exactly a town you’d expect a guy like Charles Stango to live in.

Especially since he allegedly did so much to make the streets of the United States unsafe. Even his reason for being and living there sounds ominous coming from him: “Now me. I planted the fuckin’ flag in fuckin’ New Orleans, in Las Vegas, fuckin’ L.A. okay?” When Stango says “planted a flag” he means that he has claimed a piece of the local action for the DeCavalcante family back in Jersey.

A family that he remains in contact with despite the distance between them. Depending mostly on telephone calls Stango gave out orders, advice, and more to his son Anthony, a DeCavalcante associate and his proxy. He also got orders and advice from family higher ups.

But talking on the phone has been a mob no-no ever since, well… Since they realized someone could be listening in on them. Many guys are behind bars now because they were caught talking about their crimes on a phone line. Everyone knows about the dangers, many mobsters refuse to use phones. Of course, in this day and age that is almost impossible to imagine or do.

That is why criminals do the next best thing. They have multiple phones, prepaid phones, phones they use once and throw away. Stango also used several phones to maintain some form of secrecy and shield him from the FBI’s taps.

The only thing is, it didn’t work. 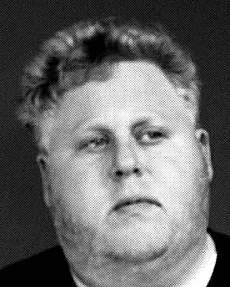 The FBI had placed an undercover operative in Stango’s crew back in New Jersey and the agent had gotten pretty close to his son Anthony (right). It didn’t take long before the feds had all their phones tapped and the agent was getting the New Jersey wiseguys to talk about some serious illegal business.

One of the main issues at hand was the beef Stango and his crew were having with Luigi Oliveri, a soldier in another DeCavalcante crew operating out of Elizabeth, New Jersey. Oliveri was made by now deceased boss John Riggi and many DeCavalcante mobsters found that he did not deserve to become a member.

Tensions rose quickly and Stango had trouble keeping his emotions in check. When the undercover agent visited him in Las Vegas, Stango told him that Oliveri was “out of control” and that he “had to meet death or you gotta maim him or you just gotta put him in a wheelchair for the rest of his life or somebody’s gotta get a fuckin’ jar of acid and throw it in his fuckin’ face…”

As the internet meme goes, that escalated quickly.

Afterwards he told the undercover agent that he expected him to take care of it. A scene reminiscent of what happened to famed FBI agent Joseph Pistone when he infiltrated the Bonanno family posing as jewel thief Donnie Brasco and received the contract to murder “Bruno” Indelicato.

When Stango met the agent again in Las Vegas on February 1, 2015, they discussed the plan to kill Oliveri even further. The agent explained Stango he’d use two members of an outlaw motorcycle gang to shoot and kill Oliveri. They needed to pay each of the men $25,000 dollars to allow them to stay in Elizabeth to scout the area where the hit would occur. Stango then gave the agent two copies of a photograph of Oliveri and insisted that mob higher-ups knew of the hit and would support his decision once Oliveri was dead.

The feds had taken their undercover operation as far as they could. With the murder plot in the works and all those involved caught on tape it was time to bring out the handcuffs.

On Thursday, March 12, 2015, authorities arrested ten members and associates of the DeCavalcante crime family, including Stango and his son, and Frank Nigro, the family’s consigliere. They were charged with various plots to commit murder, distribute drugs, and run a prostitution business.

Everything was caught on tape.

This week, his son Anthony pleaded guilty as part of a plea deal. 72-year-old Charles Stango has not yet made any plea deal despite looking at 40 years in prison if found guilty. Then again, why would he? At age 72 even a sweet plea deal carrying a five year sentence can mean dying in a cell.