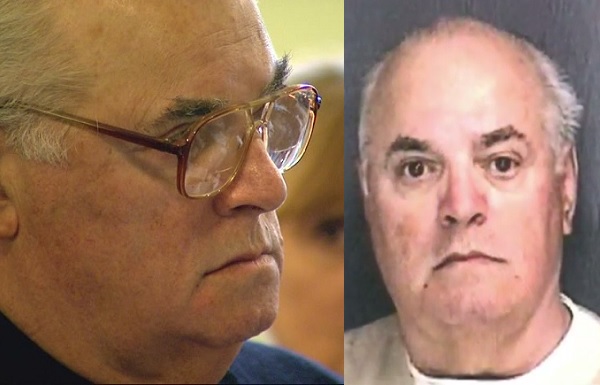 New England’s Patriarca crime family isn’t what it used to be, but as long as it can rely on the muscle and reputation of tough old-timers it will remain an underworld force. One of those hard men is longtime mob enforcer Frank “Bobo” Marrapese Jr., a man convicted of murder who refused to say farewell to the life by himself and had to be taken out in a coffin.

“People know about me. What I’m about,” Marrapese once was recorded saying. “People shit their pants when they hear my name.”

Indeed, he may be aging, heading well into his seventies, but the man nicknamed “Bobo” has a reputation dipped in blood. He was convicted of murdering mob associate Richard A. “Dickie” Callei on March 15, 1975 at the Acorn Social Club in Federal Hill, a place owned by his father. Police later found Callei’s dead body riddled with bullets near a golf course in Rehoboth.

Though he was a prime suspect in the gangland slaying, investigators weren’t able to charge him with the murder until 1984. While authorities kept digging for evidence, Marrapese rose up the ranks of the Patriarca crime family, becoming a feared enforcer and big earner.

Before finding enough proof of his involvement in the Callei hit, prosecutors charged Marrapese in two other murders. Both occurred in 1982. Anthony “The Moron” Mirabella was murdered in Fidas Restaurant on Valley Street in May, followed by 20-year-old Ronald McElroy, who was beaten to death with a baseball bat in August after he inadvertently cut off Marrapese and a mob associate on Broadway in Providence.

Marrapese was found not guilty in both murders.

His legal troubles were a big headache for Marrapese. He was caught on a wire discussing his problems. “How do you think I feel?” he said. “I got three houses, five businesses, five kids, two girlfriends and a wife, and now I’m right there. I’m almost at the top, where I’m set for life.”

The killing of Callei, however, came back to haunt him, halting his rise in the mob. In September of 1987, three years after being charged and twelve years after the crime, Marrapese was finally found guilty and sentenced to 25 years in prison. He was released in April of 2008.

With his reputation for violence intact, he went back to the streets. In May of 2011, Marrapese and 24 members and associates of the Patriarca mob family were busted for running a large-scale sports gambling operation and hit with racketeering, extortion, conspiracy and gambling charges.

Seeing the evidence against him, Marrapese threw in the towel and pleaded guilty to racketeering conspiracy, extortion conspiracy and loansharking. In 2013, he was sentenced to 9 years in state prison.

Last Friday, September 15, 2017, Marrapese applied for parole, but the state parole board turned him down. The 74-year-old enforcer would've been able to apply for parole again in a year and a half, but he never made it that far. He died on December 22, 2017, at the age of 74.