Davide Vadacca is considered a rising star within Sacra Corona Unita, Italy’s fourth largest criminal group. At the young age of 32 he is one of the organization’s leaders in the city of Lecce. Authorities say he is also the man behind a violent war that is terrorizing the honest, hardworking people of the Italian city. 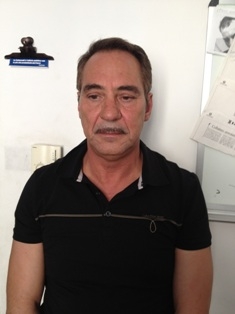 Vadacca became a boss after his predecessor, Roberto Nisi (right), was arrested in 2012. Known as “il ciccione,” The Fat Man, Vadacca allegedly set up drug deals and went about expanding his territory. All of this was done with the brazenness Sacra Corona Unita is known for.

Though they are organized, many members of Puglia’s Sacra Corona Unita lack the discipline members of Sicily’s Cosa Nostra, Calabria’s ‘Ndrangheta, and, to a lesser extent than the first two, Campania’s Camorra exhibit.

As Vadacca went about his business bullets started flying on the streets of Lecce. Most of those bullets had Vadacca’s name on them. In October of 2012 he was shot in the legs in what has been labeled a warning message.

If The Fat Man was that easily persuaded to back off he would not have joined the tumultuous world of Sacra Corona Unita. So he soldiered on. And more warnings followed. During a walk through Lecce he discovered funeral posters announcing his death. Thugs shot up the home of his mother-in-law as well.

As written before, discipline and rules are wasted on members of Sacra Corona Unita. They are more Mexican drug cartel mixed with Tony “Scarface” Montana than Vito Corleone.

It is no surprise that Vadacca needed a vacation. In October of 2013 he went to Pompeii, near Naples. There he relaxed and took tours together with the other tourists. Finally some well-deserved R&R.

Until agents of the Anti-Mafia squad raided his hotel room and slapped handcuffs on him. Back home three of his henchmen were arrested as well. All of them were charged with drug trafficking and Mafia association. After a short run as boss he was now looking at the inside of a cell. 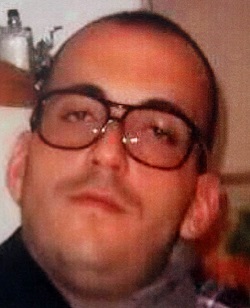 Vadacca (right) did not do well behind bars. While awaiting trial the man nicknamed The Fat Man had fallen ill and lost an enormous amount of weight. His lawyers argued he should be released so he could receive treatment for his mysterious health problems they claimed were being caused by prison. Yesterday, ANSA reported, a court agreed and granted the alleged crime boss house arrest.

When they locked him up following his abruptly cut short holiday in Naples, he weighed about 130 kilograms, or 287 pounds. Since then, Vadacca lost 60 kilograms, about 132 pounds.

Depending on your perspective one could call that win win, no? You go in fat you come out thin. Not to mention that you come out at all. When authorities consider you the leader of a violent criminal organization involved in shootings, murders, and drug dealing you should be very thankful being a prisoner in your own home.

Of course, we’ve seen this before. We all know about the “Sicilian flu,” that disease that crops up during stressful times in court, during a trial, or in prison but disappears as soon as there are no curious eyes in sight.

Vadacca could really be ill. But with his criminal track record and upcoming trial don’t be surprised if he suddenly flees his home and goes on the run.

After all, he never got to finish that holiday in Pompeii.