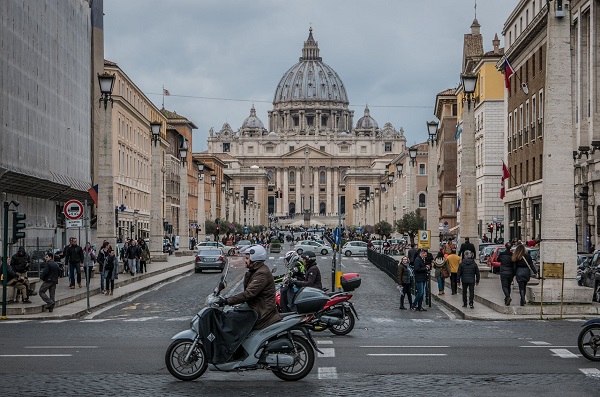 Thanks, but no thanks. Two religious paintings donated by an infamous Camorra Mafia boss were removed from a church last week on orders of the archbishop. The move occurs not long after Pope Francis loudly condemned Italy’s crime clans and those who supported them and their use of religious acts to justify their crimes.

“Those who follow the path of evil, like the Mafiosi do, are not in communion with God; they are excommunicated,” Pope Francis said at a mass before hundreds of thousands of people in Calabria in 2014. “This evil must be fought against, it must be pushed aside. We must say no to it.”

He added that the Church would get serious in its efforts to combat the various Mafia groups. Last month, he again lambasted the Mafia for its involvement in taking advantage of the pandemic through corruption and its criminal infrastructure.

On Wednesday, Archbishop Domenico Battaglia of Naples said in a statement that he was “recently made aware” of two paintings placed at the entrance of a church in the archdiocese with an inscription that read, “In devotion of Lorenzo Nuvoletta.”

Nuvoletta was the leader of one of the Camorra’s most powerful clans as well as an official member of Cosa Nostra, the Sicilian Mafia. He was arrested in 1990 and died of cancer in 1994 while under house arrest.

The archbishop, who was appointed by Pope Francis, then ordered the removal of the paintings, one of which depicted Our Lady of the Rosary of Pompeii and the other St. Rita, to avoid confusing the faithful “with actions that could even remotely be traced back to an ambiguity between the Gospel and life.”

The paintings will be replaced with different images of Our Lady of Pompeii and St. Rita “so that faith may continue to walk with the hearts and legs of those who nourish these healthy devotions,” the statement read.