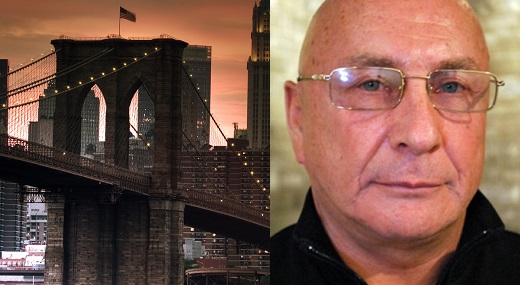 Boris Kotlyarsky pleaded guilty on Thursday morning to extorting payment from a man who was marked for death in a murder-for-hire plot involving notorious Russian Mafia boss Boris Nayfeld. Kotlyarsky and Nayfeld (photo above) told the victim they would let him live if he paid them. Kotlyarsky’s guilty plea comes after Boris Nayfeld’s decision to become a cooperating witness and testify against his former partner-in-crime.

The scheme began in October of 2015, when Nayfeld told Kotlyarsky that a Russian businessman had approached him with a contract to kill the man’s son-in-law in exchange for payment. Kotlyarsky told his partner that the intended target was very wealthy and offered to broker a meeting between Nayfeld and the victim so they could negotiate a payment to the infamous mob boss to avoid harm.

The next few months, Kotlyarsky repeatedly contacted the victim and emphasized Nayfeld’s reputation for violence and connections with the Russian Mafia in New York. In January 2016, Kotlyarsky arranged a series of meetings between both men at which the mark was told he was fortunate and that he owed $125,000, with $50,000 due by January 15, 2016.

When the victim met Nayfeld and Kotlyarsky on January 14, 2016, he gave them a check for $50,000. Shortly thereafter, authorities busted the elderly extortionists. Then, just a few weeks ago, on October 12, it became known that the big, bad mob boss Boris Nayfeld had decided to cooperate with prosecutors, no doubt making a sweet deal for himself.

One has to ask why prosecutors would make a deal with such a man? Isn’t he a much bigger threat than his partner? Why not take this case to trial? Police were in on the sting from the get-go and have a lot of evidence, including testimony from the victim. Not to mention the fact that there were just two defendants! Why let one go in favor of locking up the other?

Now a beautiful bust is tainted by yet another deal with a less-than-worthy turncoat.