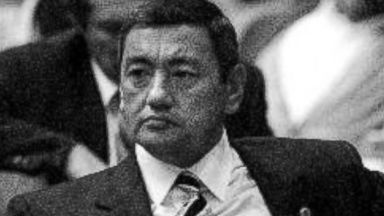 Since the fall of the Iron Curtain, Russian organized crime and politics have become so intertwined that it is difficult to distinguish a member of the country’s parliament from a member of the vor z zakone, popularly known as the Russian Mafia. With President Putin as boss of bosses mobsters in Russia are feasting on rampant corruption and seizing the opportunities. Among them is Uzbek crime boss Gafur Rakhimov.

Born on July 22, 1951, in Tashkent, Uzbekistan, as a youngster Rakhimov became fond of boxing. In the former Soviet Union sports were among the scarce areas where a citizen could achieve success coupled with fame and, a little bit of, wealth. Athletes participating in combat sports were, and still are today, among the most respected men in the country. Russia's Mafia groups also enjoyed employing them as muscle.

After his boxing career ended, Rakhimov took on coaching other fighters. He also became a businessman, which, in a country strife with corruption, intimidation, and where laws were meant to be broken or bended, usually meant becoming involved in nefarious operations.

On his website, he writes about starting an import and export company as the Soviet Union was about to fall. His company, his website says, exports consumer goods, raw materials for chemical, automobile, and light industry. Furthermore, he says he “carries out his business transactions via a number of companies where he is a leader and main share-holder. Namely these companies for ten years already have been performing fruitful cooperation on a solid economic basis with the world-known companies of England, Australia, Belgium, Germany, Holland, the USA, Switzerland, France.”

Though an import and export company always has a shady ring to it, this all sounds very impressive. His positions as vice-president of the Olympic Council of Asia, a group of nations that are members of the International Olympic Committee, and the AIBA World Boxing Association also add a lot of respectability. And with the administration of Uzbekistan President Islam Karimov calling him an “active promoter of sport at the international level” and awarding him with two awards you cannot help but see Rakhimov as anything other than a respected and very successful businessman.

The U.S. Treasury Department sees a different type of businessman, though. In a 2012 press release they state: “Rakhimov is one of the leaders of Uzbek organized crime with a specialty in the organized production of drugs in the countries of Central Asia. He has operated major international drug syndicates involving the trafficking of heroin.” 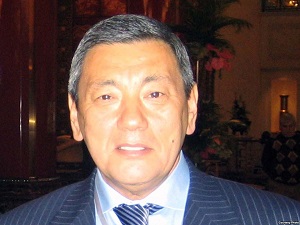 Former British ambassador to Uzbekistan, Craig Murray, spoke up about Rakhimov’s alleged criminal activities as well. “He is one of the four or five most important people in the heroin trade in the world,” Murray told ABC News. “He's absolutely a very major and dangerous gangster.”

Luckily for Rakhimov (right), being a “very major and dangerous gangster” isn’t something that is considered a problem in Putin’s Russia, where everyone is in the business of making money first and does not even consider anything second. So while Rakhimov made his money trafficking heroin from Uzbekistan to Russia and the rest of Europe he also worked closely with politicians in Russia and Uzbekistan.

His work for the Olympic Council of Asia and the AIBA World Boxing Association also continued without any issues. Having been used to the acceptance of his work as an exporter of heroin in Eastern Europe he saw no harm in accompanying the Uzbek Olympic boxing team to the 2000 Sydney Olympics. But Australia’s former Immigration Minister Philip Ruddock did have a problem with a drug lord entering his country to be a part of the 2000 Sydney Olympics. He denied Rakhimov's entry over “serious issues of character.”

In other words, gangsters were not welcome at the Olympics.

Oddly enough the International Olympic Committee (IOC) had no problems with Rakhimov. As their man in Asia, he is responsible for communications between the IOC and its member countries there. There have been many allegations of corruption and bribes surrounding the IOC and men like Rakhimov play an integral part in those conspiracies as fixers and middlemen making sure member nations vote according to the wishes of those above.

Apparently, Rakhimov had done an excellent job. In 2007, the International Olympic Committee voted to award the Winter Olympics of 2014 to the city of Sochi, Russia. The head of the Russian Olympic Committee publicly thanked Rakhimov for his “singled minded work” in getting the votes of some Asian countries, “without which it would have been hard for Sochi to count on the victory.”

When contacted by ABC News, last week, Rakhimov confirmed that he had played a role in getting Russia the needed votes, but not because of any bribes or unsavory behavior. “He convinced them because of his good relations with these people. He has great influence,” Rakhimov’s translator, who was also a spokesman for Rakhimov, told ABC News during a phone interview.

The 2014 Winter Olympics in Sochi will start this Friday, February 7th. Despite Rakhimov’s denial of paying bribes to secure Russia’s 2014 Olympic bid, allegations of bribes and corruptions have persisted. Businessman Valery Morozov exposed a bribery racket involving contracts for the 2014 Winter Olympics. The Sochi Olympics is now estimated to have cost more than $50 billion, more than the last 21 Winter Games combined, and more expensive than any Summer Games ever held.

Whether the allegations will ever be proven remains to be seen. Russia is a country where those kinds of secrets tend to stay hidden. One thing is certain, though. The man responsible for bringing the Olympics to Sochi will not attend the event himself.

With both U.S. and Uzbek authorities wanting a piece of him, Rakhimov has sought refuge in Dubai, away from the possibility of extradition and nosy investigators. “If you can’t stand the heat, then get the hell out of the kitchen.” Rakhimov exchanged one type of heat for another as he now soaks up the Middle-Eastern sun, no doubt enjoying the riches he made while working in the good ol’ import and export sector.