Russian mob boss orders the internet to ‘fuggedabout’ him 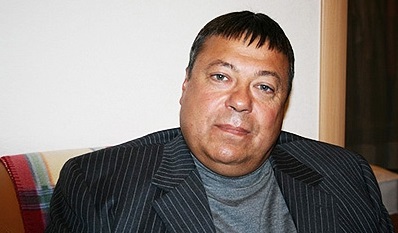 Russian crime boss Sergei Mikhailov (photo above) has been whitewashing his dirty past. Known around the globe as one of the world’s most powerful gangsters, he has used a new law to remove information about his criminal past from major internet search engines in Russia, including Google.

Though 58-year-old Mikhailov has never been convicted of any crimes, he was arrested several times in connection with extortion and organized crime activity. However, cases against him never resulted in a guilty verdict because witnesses were either afraid to testify or wound up dead or missing.

His links to and alleged leadership of the Moscow-based Solntsevskaya mob which he founded has been well-documented since the late 1980s. As his organization grew and expanded, Mikhailov was along for the ride. By the 1990s, he was operating in Switzerland allegedly controlling a vast network of banks to launder billions of criminal money.

After some legal trouble in Switzerland - of which he was acquitted - Mikhailov moved back to Russia. Back home in Moscow he was surrounded by friends in very high places. As a member of the country’s rich elite, he began making a new name for himself, that of an honest, successful and legitimate businessman and philanthropist.

In the old days, that wouldn’t have been so hard, but with the internet… Well, let’s just say the internet never forgets. Thankfully, a new law went into full effect last January. Titled the “Right to forget” law, it gives Russians a chance to block fellow citizens from looking up any information about them they deem harmful.

For Mikhailov that meant blocking a long list of websites and texts discussing his alleged criminal deeds and operations. Search engines Google.ru, Mail.ru, and Yandex.ru have already removed content related to his shady past.

Whether it will be enough to launder Mikhailov’s dirty history remains in doubt. The law is only effective in Russia and reporters continue to write about his connection to and role in Russian organized crime.

As far as mob bosses go, Mikhailov has reached the very top of the mountain, but if he really wants to erase his criminal past and wash it clean, maybe he should just run for president. It would make censoring stuff a lot easier.

We at Gangsters Inc. hope that with all this deleting of criminal histories going on, Mikhailov doesn’t forget to delete his own browser history as well. It could perhaps save him from some awkward moments with his wife.