Italian police arrested 22 individuals today in connection to their involvement in buying votes in the 2015 regional elections in Italy’s Puglia region. At the center of the scheme, prosecutors say, is the city of Bari’s Di Cosola clan, a crime group that is part of the Sacra Corona Unita, the country’s fourth Mafia organization.

Around 300 military police agents of the Anti-Mafia Investigative Unit of Bari Operations Department executed fifty raids looking for suspects, weapons, and drugs. They had drug-sniffing dogs and a helicopter at their disposal. In total, 22 people were charged with taking part in “armed mafia-type association, political-mafia electoral exchange and electoral coercion.” 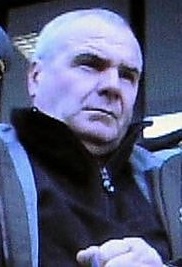 The arrests are the result of a year-long investigation in which police used surveillance and wiretaps to document the Mafia clan’s influence on regional politics. Investigators were helped by testimony from the clan’s former bosses; Michele Di Cosola and his imprisoned father Antonio (photo left), who both became pentito.

According to the indictment, Bari politician Natale Mariella’s (photo above, right) right-hand-man Armando Giove is alleged to have agreed a payment of €50 euro for every vote in favor of their candidate, in addition to an advance of nearly €30,000 euro, with members of the clan.

These votes were not won with soft persuasion. According to evidence by prosecutors, the mobsters frequently used intimidation to force voters to choose the candidate of their choice. Voters were told they could earn €20 euro if they chose correctly or face political retaliation or worse if they chose wrong.

In a weird twist of free democracy, however, it turned out the vote-buying was not enough to win the election. It did however earn both parties some benefits in terms of money and power, with a considerable amount of votes still going towards the political party preferred by the Di Cosola mob.

The Sacra Corona Unita is Italy’s fourth largest Mafia organization. Smaller than Sicily’s Cosa Nostra, Calabria’s ‘Ndrangheta, and Campania’s Camorra, it is still larger than the nation’s fifth crime group, Sicily’s La Stidda. The Sacra Corona Unita operates in Puglia and has branches throughout Italy and other European countries.