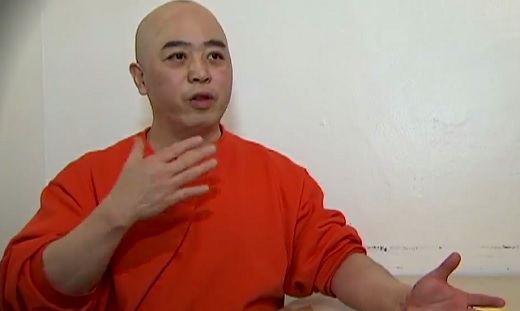 San Francisco Triad boss Raymond “Shrimp Boy” Chow was sentenced to two life terms in prison for racketeering and murder on Thursday. The 56-year-old gangster plans to appeal the sentence, claiming he was incompetently represented by his legal counsel during trial.

Though his appeal has little chance of success, if anyone can pull it off, it is Chow. He’s a man who rose to the top of the San Francisco Chinatown underworld after ratting out his former Triad boss. Anyone who can get away with snitching and still achieve that, should not be underestimated.

“You got the wrong man,” Chow said in San Francisco federal court before a judge pronounced his sentence, the San Francisco Chronicle reported. “I’m not apologizing (for) a crime I had nothing to do with.”

At one point, Chow said, “My defense team has really failed to protect my rights.” Chow claimed that his legal counsel – including J. Tony Serra, one of America’s most respected criminal defense lawyers - failed to properly challenge secretly recorded conversations and phone calls that were allowed as prosecution evidence, telling him their hands were tied by court rulings.

He even pointed out that he was willing to snitch some more on his former colleagues now ratting him out and testifying against him in court, but his defense team ignored him, he said.

Chow was convicted by a federal jury in January of racketeering and murder. The FBI placed an undercover agent near Chow’s inner circle. The agent posed as an East Coast Italian-American mobster and over a 3-year period managed to get very close to Chow, recording incriminating conversation with him and making $60,000 of payments to Chow, which, the FBI agent told him, were the proceeds of criminal endeavors.