Alfio Ferlito and Pillera soon went to war with Santapaola.


Santapaola enemy Alfio Ferlito arrested in Milan
a cargo off hash of the catanesi brothers Cutaja who work for the powerful catanesi family Santapaola-Ferrera, was taken by police in Milan and the catanesi boss Alfio Ferlito was arrested in November 1981. Ferlito was in Milan arrested when he guarded a transport of 1000kgs of hasj. Ferlito knows that the constructors Carmelo Costanza, Mario Rendo and Gaetano Graci who were from Catania and do a lot of building in Palermo were fronts for santapaola.


Santapaola clan hit by Reito-Pillera cosca
Meanwhile Ferlito was followed up by Salvatore Pillera who leads the Natale Reito-Pillera cosca and still wars Santapaola. 8 Februari 1982 killed the Reito- Pillera cosca of Alfio Ferlito 3 mafiosi of Santapaola's cosca in a billiard room, they were Vincenzo Bonardi and the brothers Angelo and Giuseppe Sciuto. One of the killers is Filippo Lo Puzzo.


Santapaola clan hits Ferlito cosca
9 February 1982 were Salvatore Palermo and Carmelo Ternullo killed they were members of Ferlito’s group and were killed in their car rental office.


Catania's Santapaola clan hit by Reito-Pillera cosca
Salvatore Pillera and Natale Reito ordered an attack at a party in street via dell Iris of Santapaola men 26 march 1982, they threw a bomb and then shot up the rest. Killed were: Giuseppe Mongelli, Antonino Privitera, Giuseppe Caruso, Ignazio Grimaudo, Salvatore Saverio Salerno and Giuseppe Conti. The target was Santapaola man Salvatore Bruno but he was unhurt because he had just left. Suspected killers were Rosario Cavallaro, his son Salvatore Cavallaro and Matteo Marino. 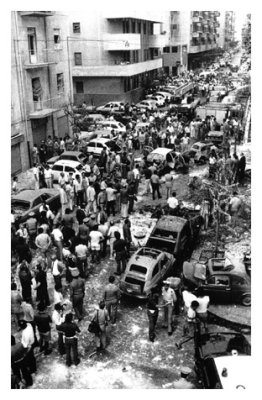 Santapaola Ferrera clan murder Alfio Ferlito (photo right)
the next day 16 june 1982 was Alfio Ferlito transferred by an escort of carabinieri to an other prison , but underway they were attacked by a killerteam of the Corleonesi led by Pino Greco. Ferlito and the 4 carabinieri Salvatore Raiti, Silvano Franzolin, Luigi Di Barca and Giuseppe Di Lavore were killed. Ferlito had been a friend of Inzerillo and Bontate what was enough reason for the Corleonesi to help their ally Santapaola to revenge the ambush at his nephew. In the ambush had 2 kalshnikovs been used and from ballistics came out that one of the kalshnikovs had also been used for the murders of Bontate and Inzerillo. In Riccobono`s area was Ferlito killed.

Santapaola clan hit by Pillera cosca
9 July 1982 kidnapped Pillera's men Francesco Grillo, a man of Santapaola, they torture him to extract information after which they strangled him, this was later told by (Giuseppe??) Ferone and Francesco Viola. Pillara revenged with this murder the murders of Salvatore Palermo and Carmelo Ternullo. When Antonino Calderone talked about the murder of Grillo with Francesco Mangion he starts to understand that Santapaola will also kill him and he fled in february 1983 to France.

Catania
9 August 1982 police end an operation in Valverde (Catania) against the Pillera-Cappello clan who are at war with the Santapaola clan. Under the arrested were Sebastiano Cavallaro, his brother Rosario Cavallaro, Gaetano Laudani and Francesco Viola ` Berry White'. the villa in Valverde where they were arrested was also regularly frequented by the brothers Laudani, Turi Pillera and Salvatore Cappello told pentito Viola at the ` Orsa Maggiore' trial. Salvatore Cappello and Nino Pace had been hiding then in a house of the constructor Enzo Pergolizzi in Milazzo (Messina). There is also a connection between Cavallaro and Gerlando Alberti jr who took refuge in Messina province. 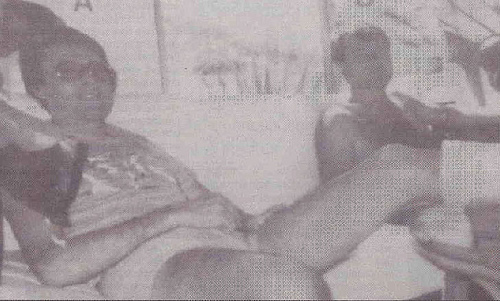 Pillera orders murder of Luigi Pavone
20 January 1984 had Pillera his men kill Luigi Pavone this way punishing his own capo Michele Vinciguerra, who is the capo of Pavone.

Messina
In march 1984 was seized in waters of the Aeolian islands a ship-cargo under the flag of Panama, the ' Viking', full of heavy weapons, guns and ammunition for heavy artillery of Turkish production, on American license. After a difficult international inquiry it was possible to partially reconstruct the route of the boat. It left from the port of Haifa (Israel) with “official” destination Brasil, the cargo would before arrive at Derince, in Turkey, then to Cyprus and finally to Augusta and Civitavecchia. Owner of the ship would have been the society of Haifa Marisco Shipping Ltd, already been involved in traffics of war material at favor of "enemies of Israel"this for the Olp (PLO??). The technicians who inspected in Messina the boat declared the impossibility of the ' Viking' to travel the Atlantic to Brasil. The weapons were probably for the sicilian or the calabrian mafia who would have found it’s own buyers. the group of the catanesi brothers Cutaja who work for the powerful catanesi family Santapaola-Ferrera is possibly connected to the presence in the Italian seas of the ship "Viking", discovered in the italian seas with on board warweapons and ammunition for heavy artillery; the official who would have taken commando of the ship, the englishman Erich Wuendt, was then arrested in a Catania hotel.

Catania fugitive mafioso Calderone arrested in Nice (France)
12 May 1986 was in Nice Giuseppe Calderone (50) in his laundryshop arrested he had fled from Catania to safe his life.

Catania
7 Februari 1989 was the capo Carmelo Colombrita shot dead in his car.

Comment by justin on January 5, 2013 at 9:29am
So there were people fightn back at the time the corleonesi came to power