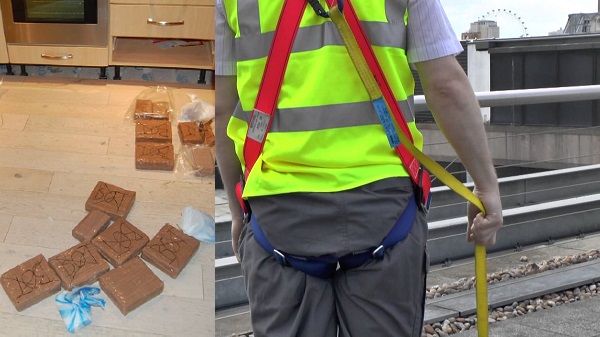 “Hard work. Dedication.” The phrase has become boxing legend Floyd Mayweather’s mantra, his fuel for success. Both are needed to become a success. Hard work to get things going and dedication to keep things growing and continue on one’s path to success. Drug trafficker Ibrahim Miah took this work ethic seriously, though he still ended up behind bars.

Together with 26-year-old Samsul Ali and 49-year-old Andrea Kidd, 25-year-old Miah was sentenced to lengthy prison terms after the seizure of 28 kilos of heroin and cocaine in London. They were arrested in the summer when officers found 7 kilos of cocaine in Kidd’s car after watching Miah and Ali place a bag there. A further 21 kilos of cocaine and heroin were recovered when officers searched premises linked to Miah and Ali in Stepney. If cut and sold on the street, the drugs would have been worth an estimated £2.5 million.

To ensure that his dope turned a profit and his business continued running smoothly, Miah and his partners went to great lengths. Their meetings were pre-planned and took place in an area that was being heavily developed - Miah even dressed as a construction worker so not to draw attention to himself.

In the end, all the hard work and dedication did not pay off. All three were found guilty at Blackfriars Crown Court last month. Miah and Ali were each sentenced to 15 years in prison. Kidd will serve 6 years.