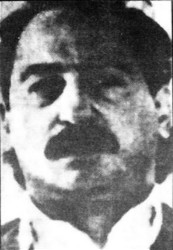 Giuseppe Piromalli was the patriarch of Gioia Tauro “family” from 1979, when he replaced his brother Girolamo “Don Mommo” Piromalli, to 2004 when he died at the age of 84. The Piromalli’s are a real empire, they control an huge international drug and weapons trafficking through Gioia Tauro port. They also run totally the local millionaire public works. According to the Antimafia Direction they are the largest mafia “family” in western Europe, with about 400 “made members”, most of them related, and several thousands of “associates”, well known as “contrasti onorati” in calabrian dialect. At his funeral were present more than 20.000 people, included his nephew Giuseppe Piromalli Jr., the reputed new boss of the “family”. 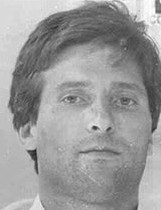 Salvatore Pelle, 48, fugitive since 1991, is the reputed current boss of San Luca “family”, the most powerful and respected inside the ‘Ndrangheta. The Pelle-Nirta-Romeo’s are the nucleus of this “locale”, a dialect local word meaning “family”, with branches in all the north Italian regions and several countries around the world. They are at the top of international drug trafficking thanks to their strong connections with Colombian and Turkish dealers. According to the Antimafia Direction the entire male population of San Luca village, 4.400 inhabitants, belongs to the ‘Ndrangheta. 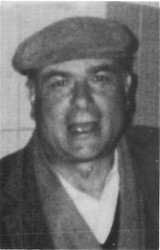 Giuseppe Morabito, 72, is the boss of Africo “family” in the “mandamento jonico” area. The Morabito-Bruzzaniti-Palamara group, involved in drug trafficking, weapons, extortions, money laundering and public works, is considered the strongest organized crime group in north Italy, concentrated especially in Lombardia, Liguria and Piemonte regions. Giuseppe Morabito was nabbed in 2004 after 12 years of fugitiveness. The reputed acting boss of the “family” is Pietro Criaco, 33, fugitive since 1997. 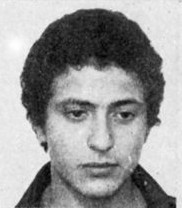 Pasquale Condello, 55, fugitive since 1987, is the most powerful boss in Reggio Calabria hinterland. The Condello-Imerti’s are hegemonic in Villa San Giovanni, Fiumara and Catona villages, in the “mandamento centrale” area. After the violent mafia war in the 1985-1991 period, against the De Stefano-Tegano group, which left hundreds of dead, nowadays the two large groups are in relative peace in order to run the public works worth billions, included the “bridge of the strait” ones, in join-venture with sicilian Cosa Nostra. Giovanni Tegano, 66, fugitive since 1993, is the reputed boss of De Stefano-Tegano “family” from Archi neighbourhood, Reggio Calabria city. They fought the violent mafia war against the Condello-Imerti’s, started in 1985 later on the murder of the boss Paolo De Stefano and finished only in 1991 after the intervention of sicilian and italo-canadian Cosa Nostra, without a real winner. The war, which left about 800 dead, was going to destroy the ‘Ndrangheta structure in Reggio Calabria city and even abroad. 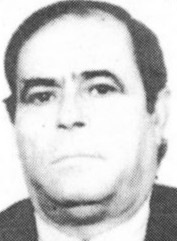 Domenico Libri, is the boss of Cannavò “family”, Reggio Calabria city. He supported the De Stefano-Tegano’s during the mafia war. His son Pasquale was murdered in 1988; in 1989 he survived a bazooka attack organized by the Condello-Imerti’s. In 1992 he was nabbed in France after a lot of years of fugitiveness and sentenced to life for murder. The reputed acting boss of the “family” is his brother Paolo. 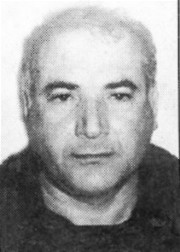 Giuseppe Mancuso is the boss of Limbadi “family”, Vibo Valentia province, the most powerful ‘Ndrangheta “family” outside Reggio Calabria province. The Mancuso’s principal business is the international drug trafficking, often in join-venture with Cosa Nostra and the other calabrian “families”. They are strongly linked with the Colombian Farc. In 1983 his father Francesco, old boss of the “family”, was elected mayor of Limbadi while he was on the run; the fact aroused a national stir. The escalation of Mancuso’s started in 1977 later on the death of the old boss Antonio Zoccali from Vibo; they supported the Fiarè “family” from San Gregorio d’Ippona village during the war against the Pardea “family” from Vibo. After the war they got the supremacy of the area thanks to their links with the Piromalli’s and the Bellocco’s.